New Delhi: The enrolment of Muslim children has gone up from 10.49% in 2007-08 to 14.34% in 2013-14. The share of Muslim at Higher Secondary level has gone up from 8.5% in 2007-08 to 12.52 % in 2013-14. However, the Muslim representation at the high school level stood 9.8% during the 2013-14. Muslims constitute 13.43%.
While providing these statistics in the Rajya Sabha, HRD Minister Smirti Irani said 88 Muslim concentrated districts had been identified across the country where new primary and higher secondary schools were being opened and more teachers were being appointed. Mrs. Irani told Ghulam Rasool Baliyavi, MP, that the Government allocated funds to the tune of Rs. 10,386 crores under the Sarva Shiksha Abhiyan (SSA) to these districts. She said 544 Kasturba Gandhi Schools (meant only for girls) were proposed to be opened in these districts. However, the Muslim girls constitute only 25.36 % of the girls enrolled there.
According to another report, in West Bengal, Gujarat, Bihar and Uttar Pradesh there has been gradual, though not significant, increase in enrolment. In Uttarakhand, there has been marginal decline in Muslim enrolment. Enrolment of girls both at primary and upper primary has remained unchanged at 49%.

April 1, 2020
Ayishakutty, 91, the first woman panchayat president from the Muslim community in Kerala,passed away recently. A native ... More
Prev Post Only 4.81% Muslims in Paramilitary Forces
Next Post Premchand Chair Urged 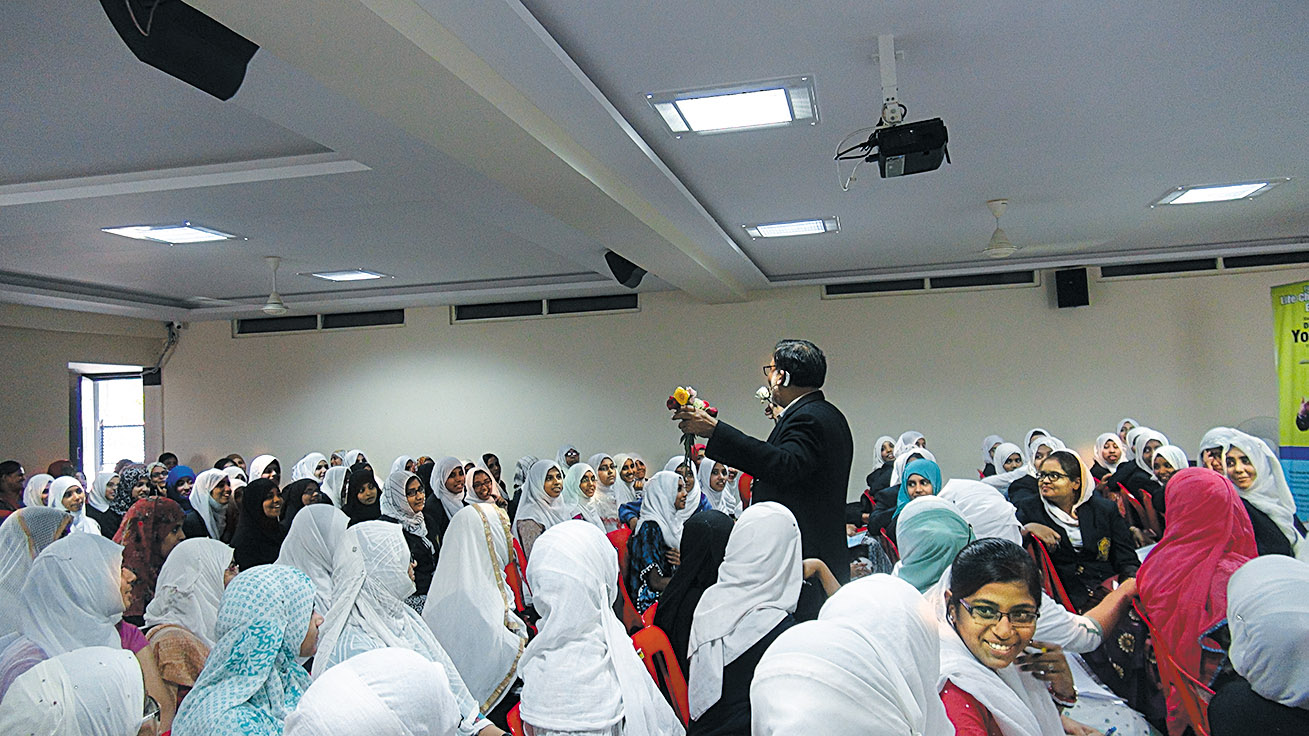 The Workshop is a Painkiller