Does slavery exist in modern world?
Yes, it does. How and in what form? May be the next question one must be asking.
An Australian organization had been putting out the Annual Slavery Index year after year. According to the Global Slavery Index 2014, there are 35.8 million slaves in the world. India ranks on the top with 14.29 million people who are slaves. China comes second with 3.24 million and Pakistan third with 2.06 million.

Who are these slaves?
The Index defines them as people who are bonded workers, victims of sexual trafficking, those caught in the forced marriage and other who are force to work in people’s homes and workplaces, in mines, brick kilns (mainly in Pakistan), carpet looms (mainly in Uttar Pradesh in India), maids (main in Saudi Arabia and other oil-rich Gulf nations) etc.
According to International Labour Organisation (ILO), at least 122 goods are produced in 58 countries in industries workers are enslaved and made to work without basic labour rights. Incidence of slavery is high in those countries which are more populous, illiterate and poverty-afflicted.

What is modern Slavery?
For the purpose of the Index, modern slavery involves one person possessing or controlling another person in such as a way as to significantly deprive that person of their individual liberty, with the intention of exploiting that person through their use, management, profit, transfer or disposal.
Those who work as slaves work without minimum daily wages, do not have safety devices, do hazardous work and have no access to health facilities. In several cases they children of workers who have borrowed money from their employers, are made to work as slaves. They are caught in a vicious cycle as they are never able to clear off their debts and their kids remain enslaved to the employers.

Most Prevalent
Countries with the highest incidence of slavery are China, Pakistan, Russia, Nigeria, Qatar, Haiti, Democratic Republic of Congo, Bangladesh, Thailand, Sudan, Haiti, Uzbekistan, Syria and the Central African Republic. They all belong to regions of the world.

February 17, 2020
Mia Khan, a resident of Sharana in Afghanistan, has won social media’s respect with his daily routine, which invol... More
Prev Post World’s Most Miserable States
Next Post Most Livable Cities Index for Asians 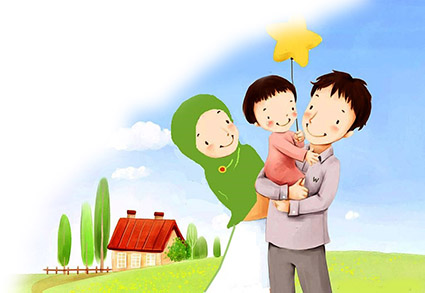 What’s Good Parenting All About?