Qur’an is the Miracle for Mankind

Q: There have been numerous claims to Prophethood throughout time. Some of the claims were rightful, and others were motivated by want for power, wealth or status. How were the people of those times to know the difference? How can we tell?

A: There are at least two characteristics which distinguish the true prophets. When Allah raised a Prophet among a people, he would equip them with miracles by which the people could identify them. At times, false prophets would arise and resist them. The false prophets would produce feats of magic designed to sway the people to their way. But Allah would strengthen His prophets with His miracles which would defeat the magic. An example of this is the story of Prophet Moses, in which the magical ‘snakes’ of Pharaoh’s magicians were devoured by the true miracle of Moses’ staff. A further testimony to the distinction between magic and miracle was the conversion of the magicians themselves to the religion of Moses upon seeing the miracle of his staff.
The second characteristic is the righteous content of the prophets’ message, and their unwavering personal adherence to its guidance.
The miracles of the true Messengers of Allah were primarily for the people immediately exposed to them. Jesus’ raising of the dead, by the permission of Allah, was undoubtedly a convincing spectacle to those who witnessed it. The staff of Moses, truly made into a snake by the permission of Allah, caused the magicians to fall prostrate in awe of Allah’s power.
The prophets have died or been raised up by Allah, and with them went their miracles. But if Allah calls us to believe in Him, we who live centuries after the prophets, do we suppose that He would leave us without a similar opportunity to witness the proofs and signs of His Might and Mercy? Allah is Most Just, and He has indeed sent forward a single blazing miracle, perfectly preserved.
Allah revealed Books containing His Guiding Speech to some of His prophets. After the passing of some of the prophets, people changed some of the texts by adding or deleting things according to their whims. But, how are we to know which of these Books have remained intact as they were revealed?
Allah himself answers this question in the Qur’an: “Had the Qur’an been from other than Allah, they would have found in it many contradictions.”
Part of our criterion for determining authenticity is that the Book should not contain contradictions and it should not conflict with established scientific fact.
The Quran is the Words of Allah revealed to the Prophet Muhammad through the Angel Gabriel. It was memorized, over a period of 23 years, by the Prophet Muhammad (Pbuh), who taught it to his companions. In turn, his companions committed it to memory until there were hundreds of his followers reciting the same text. Today, there are perhaps millions of Muslims, men and women, who have memorized the Qur’an. Each one is eventually able to trace his teacher back to the Prophet Muhammad. We can verify that not one word of the Qur’an has been altered since it was revealed to Muhammad over fourteen centuries ago. The Qur’an is the only book of Allah which remains unchanged, and was the final revelation of Allah to mankind.
The Qur’an is the first source of belief and practice for Muslims. It provides guidance for living all aspects of life, and deals with all subjects that concern mankind.
One of the usages of ‘we’ in Arabic is for glorifying and indicating the greatness of a person. Here it indicates greatness and not plurality.
Further, Allah issued a challenge to any, who doubt the truthfulness of the Qur’an. He said, “And if you are in doubt concerning that which We send down to Our servant, then produce a chapter of its like and call your witnesses, besides Allah, if you are truthful. And if you cannot, and surely you cannot, then fear the fire whose fuel is men and stones prepared for the disbelievers.” (2:23-24).
The second part of our criterion was that a Book from Allah should agree with established scientific facts. This obviously must hold because the One Who revealed the Message and the Creator are the same. Over 1400 years ago, predating the advent of most modern tools of scientific observation, the Qur’an spoke in detail about natural phenomena not discovered until recent centuries.
“We shall show them Our Signs on the horizons and within themselves, until it becomes manifest unto them that it (the Qur’an) is the Truth. Is it not sufficient that the Lord is witness over all things? (41:53).
(islam-universe.com)

March 1, 2015
Q: Are Muslims compelled to force people from other faiths to convert to Islam? A: There is no compulsion where the reli... More
Prev Post Prophet’s (Pbuh) Humble Food Habits
Next Post Satan’s Knowledge about Man’s Actions 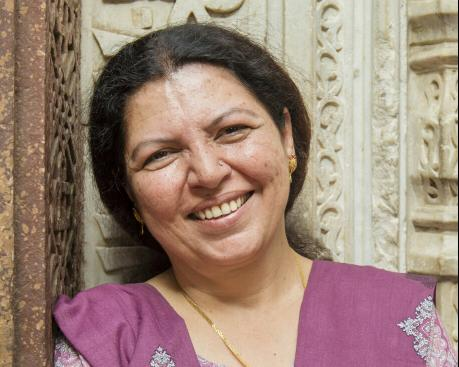