Tips for a Neighbour-Friendly Ramadan

A cultured person, it is said, is one who chooses restraint for himself and consideration for others. Going by this, we the Muslims need to cultivate a culture of restraint in matters of religious observances and consideration for atmospheric serenity, peace, and hours of rest and solemnity for others. The thought that we live in a plural society should never depart us. It should constantly propel us towards keeping our rituals to ourselves and allow them not to be a nuisance to others.  We must remember that what is dear, virtuous and spiritually uplifting for us, does not necessarily evoke similar respect and love from others, though they may tolerate it. So there must be an overall effort to see that the fasting month of Ramazan does not disturb others’ schedule, does not encroach upon public space and does not become so cacophonous that others consider moving away from such localities consigning us to civic neglect. Lest we behave decently, ghettoization of Muslims is a sine qua non.  We suggest a few pro-active measures for special attention during the approaching month of Ramazan:
1-     Do not allow the drum-beaters to roam the streets at the dead of the night to wake you up for sehri (pre-dawn) meals.  They have outlived their utility. They simply need to be banished. Some of them have been doing this job traditionally. They need to be trained in alternative skills and employed suitably.
2-     Set up alarms in your cellphone under the pillow. Avoid even the old style alarm timepieces, for they could wake up a Christopher or a Venkatesh in your adjacent flat. Remember our cities are growing both horizontally and vertically and you need to press flesh with several kinds of people on a daily basis.
3-     Let the entire Sehri be a quiet affair with no jingle of pots and pans disturbing the  sleep of the neighbours.
4-     Mosques should not allow fruits and samosa stalls to encroach upon the traffic arteries around their premises.
5-     Tarawih prayers should not be read over blaring microphones. The acoustics should be just enough to be heard by the last man in the last row.
6-     If Tarawih congregations stretch beyond the premises of the mosques, make arrangements at alternative places for surplus congregants to flock there.
7-     Shab-e-Qadar (the 21st, 23rd, 25th, 27th and 29th nights) should be devoted to supplication, special prayers in quietude of homes. Youths should not be allowed to roam on the roads. The eating places should bring down shutters as per the municipal laws.
8-     Bedecking mosques for these nights is not recommended.
9-     Turning nights into days during Ramadan is a Saudi Arabian distortion. We Indian Muslims must avoid these practices. Nights should remain what they are designed to be i.e., for restful sleep and private supplication.
10-Nothing that turns Ramadan into a shopping festival should be encouraged. A holy month should not be reduced to a commercial extravaganza.
11-If the community can afford, organize a collective iftar for the entire locality in the neighbourhood mosque especially inviting the non-Muslim brethren. Let these be a vegetarian affair and make announcement to this effect beforehand.

Prev Post During Ramadan, the believers get busy seeking Allah’s mercy, forgiveness and protection from Hellfire. Rewards of Fasting
Next Post Tips for a Socially Relevant Charity 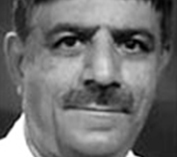