How much success the police across the country had in getting those it accused and arrested for committing terrorism? Almost nil. Nearly two dozen people were arraigned before the various courts in Delhi since 1992 in 16 different incidents. Almost all of them were acquitted by the courts except a few who are still facing charges in offences  other than terrorism. A report recently brought out by
the civil rights group Jamia Teachers Solidarity Association (JTSA), a group formed by the teachers of the Jamia Millia Islamia  University in Delhi has highlighted  the bias and prejudice against Muslims who were the main accused in the series of incidents shown
with great hype on the TV channels and splashed  across the pages of the newspapers in the capital. But in the end when they were acquitted by the courts, the very media maintained sepulchral silence. Several of these innocent youths on an average passed seven
years in the prison for no crime while in one case a youth Aamir Khan (story highlighted earlier in Islamic Voice and several leading journals) was in jail for 14 years.

The report titled, Framed, Damned and Acquitted, the Dossiers of a very Special  Cell was released recently in Delhi. The JTSA was formed after the infamous Batla House encounter in 2008, which is widely perceived to be fake. The demands for a judicial probe have not so far been accepted by the government lending more currency to the claims of it being staged. The report that documents the cases involving the so called ‘terror masterminds’ has meticulous details of how the suspects were framed by the police only to be later acquitted by the courts for lack of evidence and shoddy details which at times looked manufactured by the police itself. The Delhi
Police in a clarification said that six cases were still pending before the courts. But the JTSA report says: “The six cases they are talking about are the ones in which the police has appealed against the trial court verdict in the higher courts or the ones in which a few accused have been convicted of crimes that were not as serious as claimed in the chargesheets,” Manisha Sethi recently told the media. “The Special Cell is clearly peddling lies when it says that in the case of Mauruf Qamar and Irshad Ali, the Supreme Court has set aside the chargesheet submitted by the CBI which says that they were police informers who were framed.

The JTSA activists allege foul play on the side of the investigative agencies who failed to provide any firm evidences pertaining to involvement of Muslim youth in terror incidents.

Moreover, the new information being given to media on the case by officers of the special cell that they were informers and that they were double crossing us is also a blatant lie for in its chargesheet the special cell never said that they were working as informers. This fact came up only when the CBI investigated the case,” Sethi explained. Noted civil rights activist Justice Rajinder Sachar, who was present at the event emphasised that this was a clear distortion of the law and the rights of those individuals who have been falsely implicated by the State and its agencies. He sought strong punitive action against the erring officials. “Not a single officer in any of the operations described in the report has suffered criminal proceedings for the framing of innocents. Adverse observations, strictures
and censures from the court have not come in the way of promotions, gallantry awards and President’s medals. Even after the National Human Rights Commission (NHRC) indicted ACP Sanjeev Yadav – a figure who will surface regularly in these pages – for staging an
encounter in Sonia Vihar in 2006, he continues to head probes as crucial and sensitive as the attack on the Israeli diplomat in Delhi,” Sethi says.

Arundhati Roy, writer and civil activist, another speaker at the event did not mince words and said that at times she does not see any hope in the Indian State and its institutions. She blamed the neo-liberal market policies of the country for this mess. She
saw a link between the Babri Masjid incident and the opening up of Indian market and said that these are the policies which have made the government a natural ally of the US and Israel perhaps pointing to the way Indian government too has pursued the global ‘war on
terror’ especially targeting the Muslims and also the Adivasis and others who are opposed to the policies of the State in the name of fighting left wing extremism. The JTSA activists have alleged foul play on the part of the investigating agencies. The usual response is : ‘Surely there must have been some involvement, or else why would the police arrest him, and not me’. The findings of this report
counter and contest the complacence of such all too familiar commonsense. Its preface says: ‘We document here 16 cases, in which those arrested, in main by the Special Cell of Delhi Police, were accused of being operatives of various terrorist organizations (Al Badr, HUJI, Lashkar), and charged with the most heinous of crimes: sedition; war against the state; criminal conspiracy, planning and
causing bomb blasts; training of terrorists; collection of arms, ammunition and explosives and the transfer of funds for terrorist activities.

The penalties demanded by the police and prosecution in these cases were also, correspondingly, the most severe: in most cases, life sentence or the death penalty. However between 1992 and 2012 a large number of those arrested were acquitted of all charges by the courts.’ The evidence that the report presents shows clearly that the acquittals were not simply for want of evidence. What judgment after judgment comments on is the manner in which the so-called evidence provided by the police and the prosecution was tampered with and fabricated, how story after story as presented by the prosecution was unreliable, incredulous, and appeared as concocted. The fabrication of evidence is a serious offence under the Indian Penal Code. The report carries instances where the courts clearly indict the Special Cell for framing innocents; reprimanding them for violating due process and fabricating evidence; ordering a CBI probe against the Special Cell, as well as directing the filing of FIR and the initiation of departmental enquiries against them. The fabrication of evidence is a serious offence under the Indian Penal Code. In the Dhaula Kuan fake encounter case, the Court was of the opinion that, “there cannot be any more serious or grave crime than a police officer framing an innocent citizen in a false criminal case. Such tendency in the police officers  should not be dealt with lightly but needs to be curbed with a stern hand.” The CBI investigating the apprehending of alleged operatives of Al Badr by the Special Cell was withering in its conclusions and sought “legal action against SIs Vinay Tyagi, Subhash Vats and Ravinder Tyagi” for fabrication of evidence. Not a single officer in any of the  operations described here has suffered criminal proceedings for the framing of innocents. Adverse observations, strictures and censures from the court have not come in the way of promotions, gallantry awards and President’s medals. Even after the National Human Rights Commission (NHRC) indicted ACP Sanjeev Yadav – a figure who will surface regularly in these pages – for
staging an encounter in Sonia Vihar in 2006, he continues to head probes as crucial and sensitive as the attack on the Israeli diplomat in Delhi. The paltry rate of conviction in such cases – a mere 30%, as revealed by an RTI enquiry– is attributed to inefficiency, to bad investigating skills or poor infrastructure. A closer look however reveals an uncanny, almost scripted pattern in the cases:

• Secret information, which can never be verified or disclosed, leads the police to the accused.

• Public and independent witnesses are rarely joined in the actual operation, even when the accused are apprehended in public places with people present.

• Private vehicles are used in the operation doing away with the need of logs thereby making it difficult to verify if any such operation did really take place.

• The time and date of the actual ‘picking up’ of the accused is revealed by the subsequent trial to have been much earlier than that alleged in the police story. Illegal detention, a recurrent feature, is sought to be hidden from the court through blatantly concocted narratives.

• Seizure memos are often made in the PS / Special Cell office, and not at the supposed time of seizure, often in the same handwriting and ink as the
FIR
• Senior officers are protected from appearing before the court by not making them witnesses
• There is a nexus between Special Cell, central intelligence agencies and police force of conflict zones, especially Jammu and Kashmir, Manipur etc. Most of those who were held suffered torture, both physical and psychological, and their livelihood and reputation was
destroyed. Their social ties suffered rupture as people avoided them for being associated with terrorists. In the case of Aamir Khan, the case went on for 14 years. Yet no officer who was instrumental in framing the innocent victims was punished, proceeded against. Instead some of them were promoted, earned gallantry awards and felicitated. Media reporting in such cases was tilted in the favour of police and mediapersons acted as stenographers, never questioning the ‘breakthroughs’ and ‘achievements’. The 16 cases we present here are only the proverbial tip of the iceberg, and simply indicative of the extent of the malaiseaffecting our policing and criminal justice system. 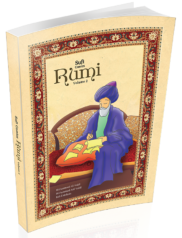 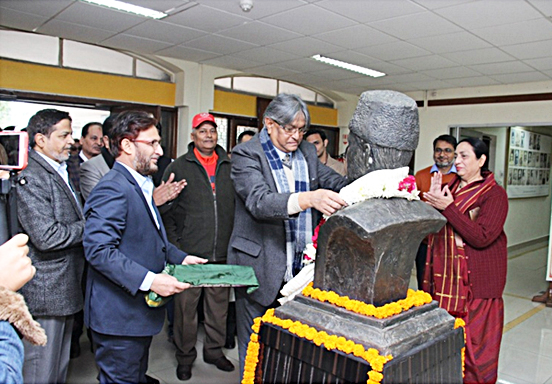