Flew’s Journey from Hardened Atheism to Belief in God, is Truly Amazing 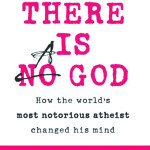 There is A God”How the World’s Most Notorious Atheist Changed His Mind
By Antony Flew
Publisher: HarperOne, New York
Pages: 222
ISBN: 978-0-06-231295-2
Reviewed by: A Staff Writer