Islamic Voice 0 November, 2017 12:00 am
God, Faith and The Purpose of Life
Rise of A Barefoot Boy
Ghettos or Ethnic Enclaves?

In this book, the author Francis Collins tries to show that a rigorous scientist like him can also be a serious believer and that, as he puts it, “belief in God can be an entirely rational choice, and that the principles of faith are, in fact, complimentary with the principles of science. 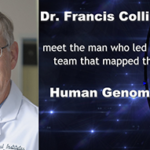 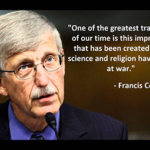 It has come to be widely believed that Science has ‘disproved’ God and that, consequently, it is ‘unscientific’ to believe in the Divine Creator. This belief is, in part, the outcome of propaganda by atheists, but it has no basis in fact. Actually, there is no way in which Science can either prove or disprove God. And beyond this, and further undermining the claims of anti-God propagandists, many recent findings of Science, far from disproving God, provide evidence for God, as this brilliant book explains. This book also provides convincing replies to questions often raised by atheists, such as “Isn’t the idea of God just wish fulfilment”, “What about all the harm done in the name of religion?”, “Why would a loving God allow suffering in the world?” and “How can a rational person believe in miracles?”, making it a must-read for those interested in reflecting on a subject of the most ultimate importance for human beings.

An Entirely Rational Choice
Francis Collins is one of the USA’s leading geneticists and long-time leader of the Human Genome Project (Wikipedia informs us that this international research venture “remains the world’s largest collaborative biological project”). Collins is also a believer in the Creator God. In this book, he tries to show that a rigorous scientist like him can also be a serious believer and that, as he puts it, “belief in God can be an entirely rational choice, and that the principles of faith are, in fact, complimentary with the principles of science.” In this way, Collins seeks to disprove the notion that the synthesis of the scientific and spiritual worldviews is impossible. In fact, Collins says, contrary to what many realize, many scientists do believe in a God who actively communicates with humankind and to whom one may pray in expectation of an answer.

Scientific and Spiritual Worldviews
Collins is critical of both anti-religious atheists who claim that belief in God is unscientific and false as well as some religionists who consider Science as dangerous. Collins explains to us that actually we are not forced to choose between these two extremes. There is, instead, he says, the possibility of a “richly satisfying harmony between scientific and spiritual worldviews”. He tells us that “there is no conflict in being a rigorous scientist and a person who believes in a God who takes a personal interest in each one of us. Science’s domain is to explore nature. God’s domain is in the spiritual world, a realm not possible to explore with the tools and language of science. It must be examined with the heart, the mind, and the soul”and the mind must find a way to embrace both realms.”
Collins asserts that these perspectives not only can coexist within one person, but can do so in a manner that “enriches and enlightens the human experience.” Science, he argues, “is the only way to understand the natural world”. But at the same time, Science is powerless to answer questions such as “Why did the universe come into being?” “What is the meaning of human existence?” “What happens after we die?” For answers to these questions, we need to bring all the power of both the scientific and spiritual perspectives to bear an understanding on what is both seen and unseen.
This isn’t a dry academic tome meant only for ‘specialists’. Although the ‘lay’ reader might find portions of it abstruse, the personal element makes the book more engaging. Collins provides us interesting glimpses into his own spiritual journey, how he came to be as he says “a believer in a God who is unlimited by time and space, and who takes personal interest in human beings.” From the son of freethinkers and being raised in an upbringing where religious faith wasn’t very important, he became an agnostic. At Yale University, where he enrolled for a PhD in Physical Chemistry, he became an atheist, convinced that “no thinking scientist could seriously entertain the possibility of God without committing some sort of intellectual suicide.” But later, at medical school at the University of North Carolina, he experienced an amazing change, encountering intense experiences. He found relationships that developed with sick and dying patients “almost overwhelming”. What struck him profoundly about his bedside conversations with them was the spiritual aspect of what many of them were going through”their faith provided them with a strong reassurance of ultimate peace, be it in this world or the next, despite their terrible suffering. His most awkward moment came when a suffering patient asked him what he believed”she was a believer”and he embarrassedly said “I’m not really sure”. He had been running away from this predicament for nearly all of his 26 years, never having really seriously considered the evidence for and against religious belief. That moment haunted him for several days.

The Moral Law
Collins turned to studying various religions, and in this process one argument, by a noted Christian writer, caught his attention and really changed his ideas about science and spirit”the Moral Law, the notion of right and wrong, that is a universal feature of human existence. It suggested to him that it could be something put into all humans by God”a “theist God” who desires some kind of relationship with human beings and has therefore instilled this special glimpse of Himself into each of us. Judging by the incredibly high standards of the Moral Law, this was a God who was “holy and righteous”, “the embodiment of goodness”. He was a God who would have to hate evil. The argument from the Moral Law (and many other issues) forced Collins to admit the plausibility of God. “Faith in God now seemed more rational than disbelief”, he writes. It also became clear to him that science, despite its powers in unravelling the mysteries of the natural world, would get him “no further in resolving the question of God”. The evidence of God’s existence would have to come from other directions, and the ultimate decision would be based on faith, not proof.
That said, many facts of Nature that modern Science has unravelled clearly do point in the direction of God (although of course atheists might not accept these as compelling evidence for God). Collins cites the Big Bang, which is said to have happened some 14 billion years ago and causing the universe to come into being, thus giving evidence for the First Cause and disproving theory that universe has no beginning or that it created itself. “The Big Bang cries out for a divine explanation”, Collins stresses. “It forces the conclusion that nature had a defined beginning. I cannot see how nature could have created itself. Only a supernatural force that is outside of space and time could have done that” Collins asserts. “It could be argued…that the Big Bang itself seems to point strongly towards a Creator, since otherwise the question of what came before is left hanging in the air,” he explains. Further evidence of an All-Powerful Creator behind the universe that Collins cites is the fact that the various physical constants of the universe are just what is needed for life (had there been even a very minor difference, life would have been impossible). Scientific findings, far from ‘disproving’ the Creator God of the theistic religions, can thus be a powerful means for developing faith in Him.

Allegorical Interpretation of Scriptures
Faith in the Creator need not necessarily mean faith in a particular religion. Although Collins came to be a Christian, the scientific evidence he provides for God can be found to be convincing for other theistic faiths, too, the overall arguments of the book not being predicated on specifically Christian beliefs. “Christianity has provided me that special ring of eternal truth. But you must conduct your own search”, Collins writes. But this does not mean that harmonising Christianity or any other religion and science is always easy. Collins suggests that there might be need for allegorical or symbolic interpretation of portions of scriptures that seem to contradict scientific findings”this applies to the Christian case as it does to others. At the same time, though, one must also be open to rethinking claims about Nature by scientists, including Collins himself. Thus, while Collins suggests a theistic evolution (what he calls BioLogos) for the origins of life, one need not take this as ultimate truth, for surely there is no way it can be conclusively proven to be true (as is also the case with the hypothesis of non-theistic evolution).
Scientific and spiritual worldviews both provide, Collins says, “differing but complementary ways of answering the greatest of the world’s questions, and both can coexist happily within the mind of an intellectually inquisitive person living in the twenty-first century.” He helpfully tells us: “Science is not threatened by God; it is enhanced. God is most certainly not threatened by science; He made it all possible. So let us together seek to reclaim the solid ground of an intellectually and spiritually satisfying synthesis of all great truths.”