Islamic Voice 0 September, 2015 12:00 am
Enchanting Nuggets of Islamic Lore
When Every Note is a Prayer
Challenging Hate Speech 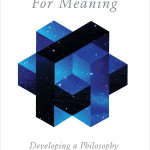 Coming as it does from Tariq Ramadan, a descendant of the founder of the Muslim Brotherhood (Ikhwanul Muslimoon), the book under review has not evoked positive response from reviewers in the West. It was expected. Most of those who reviewed it for the dailies in Britain have suspected his liberal views to be a camouflage for his Islamist leanings. Part of the blame must be shared by the philosophical depths the author has dredged, but prejudice is apparent.
But readers in the East should find greater relevance in the subtitle ‘Developing a Philosophy of Pluralism’ wherein Ramadan dwells upon commonalities in traditions of Hinduism, Islam, Buddhism, Judaism and Christianity. We can discover the notions of equality, freedom, humanity, in all philosophies and religions and all traditions. But their absolute is in no one’s possession. This is where contours of pluralism get unveiled. The claim to be in possession of the only truth leads to horrors and unacceptable miscarriages of justice that contradict the messages of goodness that they claim to be defending.
Ramadan sounds logical when he says that globalization has made the world a village. But trapped as we are in our identities, the human beings behave no better than villagers. They hardly know anything about each other and hardly ever celebrate rich diversity. One is more conscious of his own identity in terms of difference from others. This is a source of dormant conflict.
Modern democracies may talk of equality before the law without any discrimination as to sex, colour, religion, social status or anything else. But they tend to use the fault lines to fuel phobias and fan fears within people. It leads to de facto discrimination, psychological isolation and exclusion of segments that do not identify racially, culturally and linguistically. Again they use the same phobias to create sense of insecurity in the mainstream population and demand them to accept surveillance, curbs on their freedoms and civil liberties ‘in their own interest’. Hitler stigmatized the Jews and Senator McCarthy kicked up storm over ‘Communist threat’ in the United States. External threats are exaggerated by the monopolized media which is ever ready with its brainwashing tools. Whole populations in liberal democracies are forced into accepting the limitations and curbs. At another level the marginalized, the minorities and the poor are pressured to accept unequal treatment. People under phobias are averse to asking for their rights and equality.
Some of the modern Islamists’ shibboleths too come for powerful battering. No faith can and should claim absolute possession of truth. All religions or spiritualities ran the risk of being distorted on the way because their followers tend to look down the mountain from the summit and deny the very existence of very many slopes that constitute its very essence. A natural corollary from the attitude is : My truth is the only truth, hence the values derived from it are universal values. This lies at the root of intolerance of the other. A dogmatic mind thinks in terms of absolutes. It thinks that it is God and then passes judgment from on high and in the name of eternity. Exclusivity is its territory and property.
Islam precisely propounds the same precept in the Quranic verse : ‘Had God so willed He would have made you a single community (5: 48). The ayat expresses the essence and finality of this diversity in no uncertain terms. Only a belief in this pluralism would make a dialogue meaningful. Absence of it would mean merely talking, not listening and considering the other a privileged audience for proselytism. Respect for others presupposes the recognition of diversity of paths and the equality of all human beings.
Ramadan is less than unambiguous at stretches. One would wonder if this vagueness owes itself to translation”the Swiss professor’s original writing are in French”or he still saunters on the ideological borders.