Children are blessing of God. Some couples are not able to have children. Such people can adopt a child. Some people may have only boy/s with them and may want to adopt a girl and vice versa. Adoption is a lengthy process and has several procedures. There are government agencies which enable couples to adopt children. They have lists of people who want to adopt children and those who offer children for adoption. While those who beget children through birth are known as ‘biological parents’, those who adopt children are called ‘adoptive parents’.
Adoption agencies satisfy themselves if the adoptive parents have enough income to look after the child well, if they have enough space at home for the new child. They also try to match complexion, faith and language of the adoptive parents and the child.
It is always better to adopt a child when he is just an infant in order to develop good bonding between the adoptive parents and the child. Some religions such as Islam and Christianity insist that the children carry their biological father’s name with them. So these are regulated not under ‘Adoption Act’ but under ‘Wards and Guardians Act’.
Most people would like to adopt a child whose parents are unknown. This is because they fear they that the child from known parents can go back to their biological parents.

November 15, 2019
By Valea Rehana and Saleem had accompanied their parents to their relatives’ home in a village. They hadn’t spent their ... More
Prev Post Book Review - The Story of Khadija
Next Post Rule of the Law 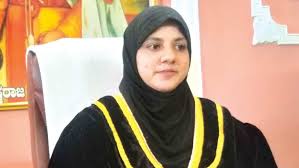