Islamic Voice 3 September, 2016 12:00 am
Unique app for Ramadan
In Search of A Leader
The Monday Langar 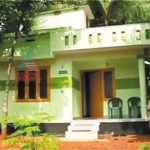 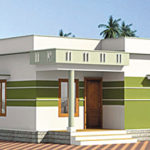 Calicut: One would be wrong if he or she thought of the Muslim League in Kerala to be only a political party. The Kerala Muslim Cultural Centre (KMCC), a wing of the party has been active in the field of social welfare and relief for quite a few years. The Centre has built and donated houses to 1,340 families across the State in the last three years under its ‘Baithu Rahma (House of Mercy) project’. Another 129 are under construction for the purpose.

Rs. 100 Cr. Spent
The League initiated the programme in 2013 under the stewardship of Sadiq Ali Shihab Thangal, President of the IUML in Malappuram district. According to Mr. Siraj Ebrahim Sait, National Secretary of the League, the KMCC has so far collected and spent Rs. 100 crore on the housing scheme. Of this, Rs. 93 crore were mobilized by the KMCC members. Sait informed the Islamic Voice that the donors belonging to the KMCC chapters in 19 countries (in the states of the Gulf, the United States and United Kingdom) collected and mobilized the funds for the purpose.

Regardless of Faith
The scheme was initiated in order to help those poor families to own a house who had their own piece of land but could not afford construction of a house. The scheme envisaged constructing a house consisting of one bedroom plus hall, a kitchen and bathroom. Currently, it costs Rs. 7 to 8 lakh in the State. Criteria for selection of the individuals was economically underprivileged status rather than religious or community affiliation. In one instance, a Hindu recipient woman wanted to perform the rite of Grihaparvesham by lighting a traditional Kerala lamp. The League leaders insisted that she must do whatever she thought was auspicious by her own faith. She lit the Kuthuvilakku (lamp) while accepting the keys and entered the house.
According to Siraj Sait, the selection of the recipients is made following receipt of applications from various Panchayats in the State and the most deserving are given the priority.
The Baithur Rahma charity project of the League was launched in the name of its former President Panakkad Syed Mohammedali Shihab Thangal. Sait said the KMCC is building another 60 houses for the riot victims of Muzaffarnagar in Uttar Pradesh where a plot of land was acquired for the purpose two years ago.

CH Centres
Under yet another initiative, the KMCC has built CH Centres in the vicinity of six Government Medical Colleges in the State and several district General Hospitals. These centres serve as places for stay of the attendants of inmates of hospitals and provide free food, stay facilities and in several cases, palliative care. The CH stands for late IUML leader Mr. C. H. Mohammad Koya, chief minister of Kerala for a brief period during the 1970s. One such centre named Shihab Thangal Centre is coming up on a plot of land measuring 3,800 sq. ft. near the NIMHANS (National Institute of Mental Health and Neurological Sciences) on Hosur Road in Bengaluru. The Rs. 10-crore project was initiated in 2014 and is nearing completion. The 28 KMCC chapters in Bengaluru donated the money for the three-storey building which will be named Shihab Centre for Humanity. It will be ready by 2018 and provide stay for attendants of the inmates in the NIMHANS, a nationally reputed centre for treatment of the mentally sick persons. The KMCC also maintains several units of ambulances in the City for ferrying the dead to the respective place for funeral and burial in Kerala
The KMCC is also sinking borewells in the coastal villages of Kerala where drinking water becomes scarce during the summer months from February till May.
Siraj Ebrahim says the Muslim League seeks inspiration from the selfless service of its founder Mr. M. K. Haji, who also founded the historic Orphanage at Thirurangadi in 1921 when several children were orphaned in the Moplah Revolt against the British. Haji who used to sell halwa in the streets of Bombay had sheltered several children in his yet-to-be plastered house in Thirurangadi after the wagon tragedy.