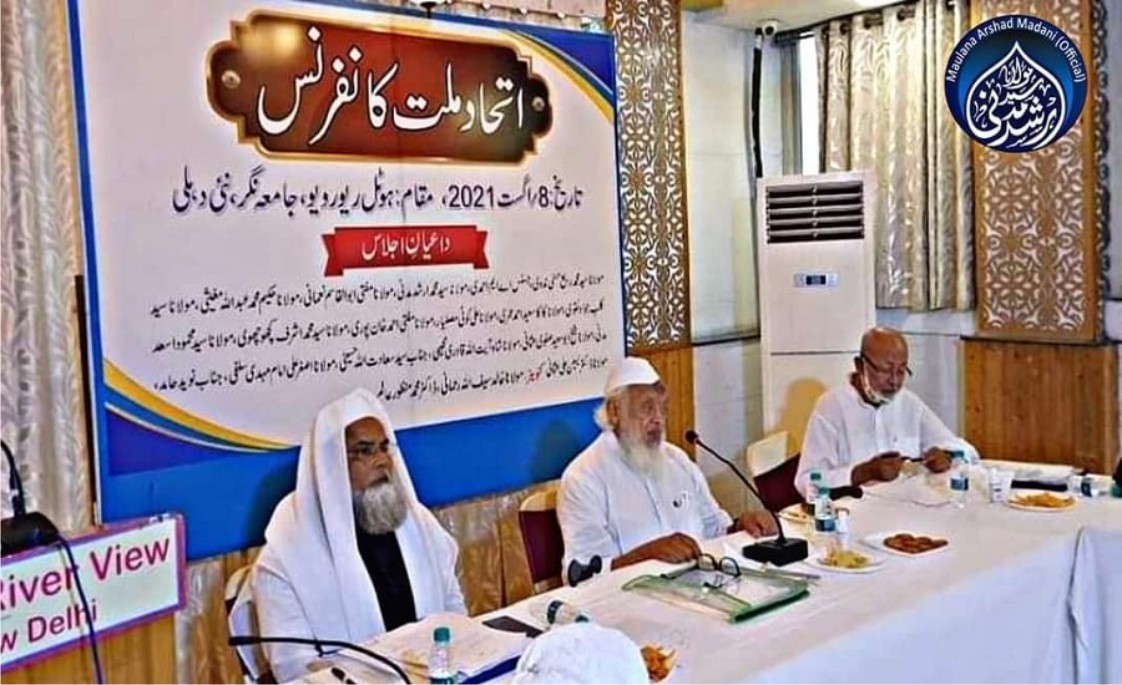 How can Collective leadership be developed?

Ghulam Ghouse 1 October, 2021 8:15 am
Waqf Boards: The Other Side of the Picture
48th OIC Foreign Ministers’ Summit Declaration Focus on Islamophobia
Muslim Board’s Appeal to Muslim Debaters Gets Traction

The ‘Ittihad-e-Millat Conference in Delhi

I have been witnessing for the last 25 years that after every six months or a year, religious leaders organize a conference in Delhi in the name of ‘Ittehad-e-Millat (Unity Among The Community) or to address the issues confronting the community. They make fiery and eloquent speeches on the need of Ittehad-e-Millat. They exhibit their rhetorical skills and maintain that they are the ones who can only lead and guide the community. However, the fact is; otherwise, none of them have succeeded in this endeavor. On August 8, 2021, another conference was held in Delhi, which discussed many good things. This is what I have been hearing for the last 25 years. But all these are mere empty rhetoric. Not a single proposal has been realized to date. One of the proposals was to bring “experts of the Qur’an and Hadith on one platform to find solutions to the problems.”

Based on past experiences, I can say with a firm conviction that religious men cannot solve the community’s problems. Only well-learned and intellectuals can do this job with the help of a few religious men. In the last 75 years, these gentlemen have not chosen or accepted anyone as their leader. The majority of them are not sincere, and everyone wants to be at the helm of affairs. To this date, not a single person proclaimed that he was not in the leadership race and proposed the name of someone else who has the potential to lead the community. We live in an age that is not a religious one wherein everyone would be honest and upholder of justice. This is the era of swindlers, pretenders, and self-seeking people. In such times, we need shrewd leaders who are adept in dealing with such people and their machinations and steer the community’s boat towards safety. For this, it would be better for religious leaders to take a backseat and put the intellectuals in the driver’s seat.

Maulana Khalil-ur-Rehman Sajjad Nomani stated that “the Muslim leaders should issue a joint message to promote unity and harmony in the community. It should be spread to every nook and corner of the country, and people should follow it”.Undoubtedly, it’s a good suggestion. But the question arises, who would bell the cat? Where are the volunteers to reach out to the Muslim localities? Who would bear the expenditure of this mission?

Professor Akhtarul- Wasey claimed that “Muslims all over the world stand united.””Is this true? As far as I know, Muslims are the most fragmented nation in the world. If there are any, they are Muslims. I do not feel comfortable when I highlight the weaknesses and faults of the community, but I have to do it. It seems that some of these gentlemen are not aware of the ground realities.

Dr. Mohammed Manzoor Alam said,”it is necessary to appreciate people who are working in any sphere of their life. They need to be encouraged and appreciated. There should be coordination and cooperation; we should take people together and work together. Sitting together solves problems, brings up newer ideas, and clears up misunderstandings.”

Nobody can dispute his points. But what has happened so far. We are experiencing the same slogans being repeated again and again for the last 50 years.

Can anybody have the gut to answer the community what has been done in this direction? We need to reach out to ordinary Muslims at their localities to bring them for this work and educate them that every non-Muslim is not a Hindu. Therefore, we should call them by the same name. We need to forge good relations with these non-Muslim people and keep in close touch with them. For this, we need volunteers, which we get in the form of Imams and Muezzins of Mosques. Imams and muezzins should go to the houses of Muslims living around the Mosque for two hours a day and explain these things to them.

We have been listening for a long time about developing and promoting collective leadership. But it did not materialize to date. Why did it not happen? Nobody has an answer for this. The task had been an easy one had we chosen two intellectuals, two scholars, and an advocate and presented their names before the community. You would have seen that the community would have warmly responded to it. But they did not do it because they are not sincere for the community cause, and every individual wants to be at the top. If you put yourself aside and present the names of others for the post, you will see how the problem of collective leadership is resolved smoothly, and a leader will emerge. It’s easy to say, let’s do it, don’t do it, but it’s hard to do it yourself, and that’s what has been happening to this day. In every such conference, a pledge is read out, a five-point resolution is presented, which sounds pleasing, but the mind says it is all empty rhetoric. A committee of 22 people has been formed. But who will provide them money and other facilities to carry forward the agenda. This was not told to us. Everyone is happy that we have done a great job. But I believe that nothing will happen in the future. After one year there will be another conference, and the same things will be repeated. The truth is that ordinary Muslims are tired of hearing such things, and their confidence in these leaders has eroded.

These words are bitter, but it’s home truth. The plight of the community is such that we should shed tears of blood, not water. May Allah forgive me? I am compelled to say that the Muslim leadership of North India has become unreliable, undependable, and incompetent. Now the Muslim intellectuals of South India must steer the boat of the Indian Muslims to safe shores. One of the leaders told me over the phone that they cannot propose any name publicly for leading the community. An individual or organization working in its domain is the leader of that domain; this was his terse reply. The question arises that in today’s political atmosphere, if the government asks Muslims to tell their leader’s name for talks about their problem, then who will come forward for this talk with the government.

Therefore, it is necessary to present some names to the government for talks. Before the country’s independence, this was the practice names such as Maulana Abul Kalam Azad and others were given to the government. Considering these gentlemen’s thinking from North India, we should focus on developing local leadership in every state instead of All India –level Muslim leadership. Suppose the government asks this question to the Muslims of Karnataka. In that case, we will definitely propose the name of Mr. CM Ibrahim Sahib, Mr. Syed Shafiullah Sahib, Mr. Ayub Ahmed Khan (Advocate), a scholar and an intellectual, and I hope most of the Muslims in the state will agree on these names. That should be the Muslim leadership. It is necessary to announce the names of the leaders at the All India level as well as at the State level. So that everyone knows who the leaders of the Muslims are.