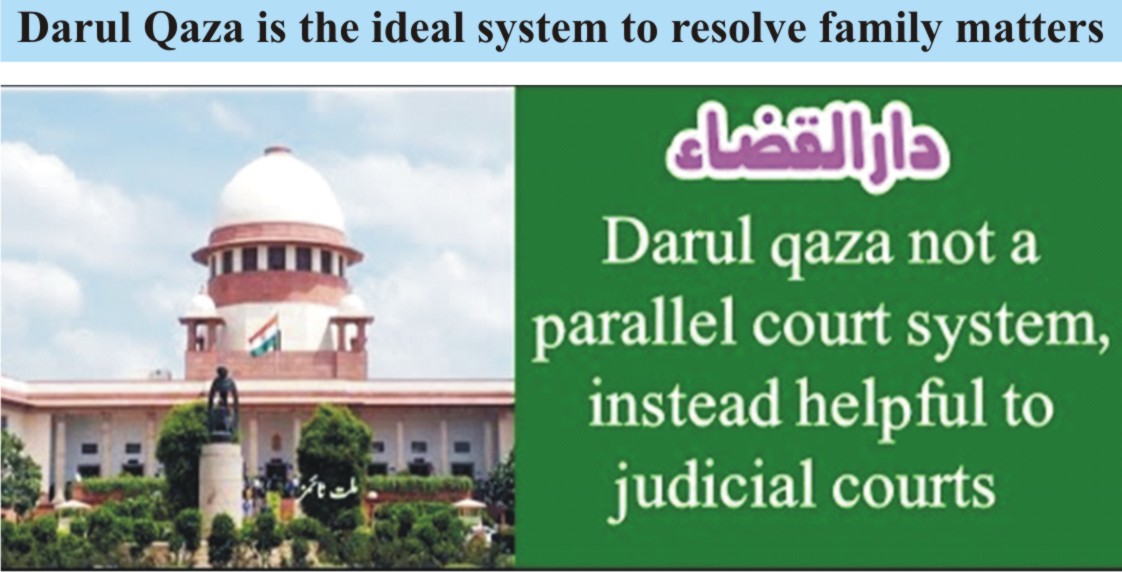 Islamic Voice 0 December, 2022 1:31 pm
Muslim Board’s Appeal to Muslim Debaters Gets Traction
Thousands of weavers and their families in eastern UP suffering from acute indebtedness, and beggary: Study
Yet another Unity Conference but with Collective Efforts

Bangalore / Patna: The Imarat Shariah, Bihar, Orissa & Jharkhand organized an All India Seminar on Darul Qaza on November 13 in Jamshedpur, Jharkhand. The seminar placed a strong emphasis on the Darul Qaza system’s contribution to the application of Shariat laws to the Muslim Ummah.

Ameer-e-Shariat Maulana Ahmad Vali Faisal Rahmani, who was presiding over the first session, stated in his opening remarks that the Imarat Shariah’s judicial system (Darul Qaza) is ideal for the entire world because 70% of cases are resolved within a month, and the world cannot present such an example of the judicial system. He clarified the functions of the Imarat Shariah, describing it as a singular and unmatched socio-religious organization that assists people of all faiths and creeds. One of this organization’s most significant accomplishments for the application and enforcement of Shariat laws on the Muslim Ummah is the founding of Darul Qaza, he added.

In his keynote address, Maulana Khalid Saifullah Rahmani, general secretary of the All India Muslim Personal Law Board, outlined the rationale and finer points of the Shariah laws in his keynote speech. According to him, the second pillar of Shariah law is how to save humanity from harm. The first foundation is impartiality and ultimate justice (Adl). Maulana Khalid Rahmani continued by saying that a sense of justice Adl can be attained by putting things right in a fair and just way. You might need to draw a distinction between rights and obligations to accomplish this.

When discussing the financial rights of women in Islam, Maulana Khalid Rahmani said that under some circumstances, women have a greater inheritance entitlement than men. He claimed that as a result, the Hindu code bill had appropriated Islamic ideas on divorce and inheritance. In-depth explanations of Khulla, divorce, Talaq, Talaq-e-Bid’a, Talaq-e-Tafvidh and other concerns were also provided.

The three acts relevant to Muslim Personal Law were mentioned by a senior Supreme Court attorney. He said that the Darul Qaza system is under the scope of the Arbitration Act and that this act gives the Qazi the authority to decide on the parties’ family problems, with the court accepting their decisions.

Anil Kumar Mishra, the district judge for Jamshedpur, stated that legislation is passed to provide victims with justice. Justice Mishra stated, “I’m glad I came here and learned a lot from the seminar’s sessions.

Lala Ajeet Kumar Bista, president of the Jamshedpur Bar Association, stated that the goal of the law is to uphold justice for individuals and humanity. He stated that everyone should keep their own house in order and that all religions must be respected.