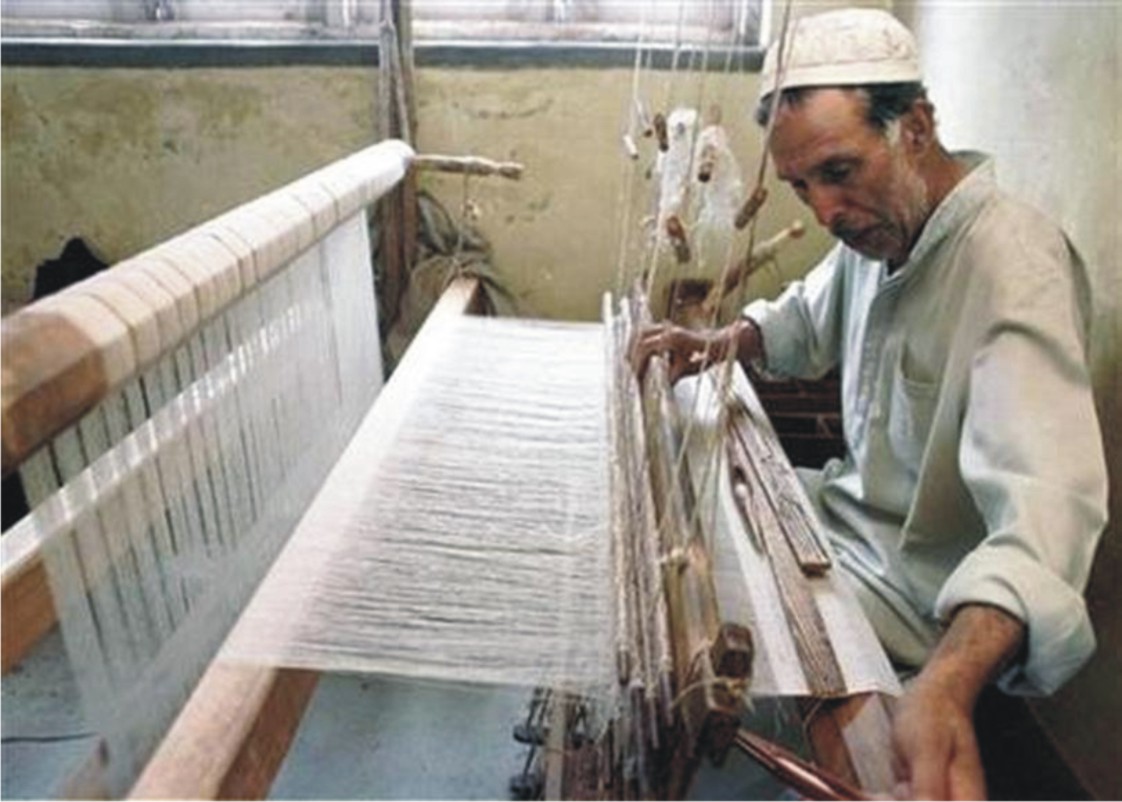 Thousands of weavers and their families in eastern UP suffering from acute indebtedness, and beggary: Study

Because of the work stoppages caused significant economic and structural damage, as well as acute suffering, indebtedness, beggary, and starvation, which any community and state should be ashamed of. So far, neither the Uttar Pradesh state administration nor the federal government have shown any empathy for the plight of hundreds of thousands of weavers and their families and have failed to respond to the issue. The anticipated loss to eastern UP’s handicraft, handloom, and power loom industries during and after the Lockdown is Rs 3,000 crores.

The report’s extensive analysis and data show how the artisanal weaving and Zardozi industries, which have been in a state of crisis for decades due to the government’s ambiguous, if not hostile policies, have fallen further into despair as a result of the unexpected Lockdown.

According to the fact-finding report prepared by the Citizens for Justice and Peace, “A staggering 89 percent of those interviewed stated that due to a trust deficit, they simply could not or did not approach the local and state government for a variety of relief measures: food rations, monetary assistance, inflated electricity bills, sewage-related and other civic problems. Of the 11 percent who did, they were dissatisfied with the response”.

The locations of the respondents were: Varanasi (13 locations), Gorakhpur (Rasoolpur, Purana Gorakhnath), Azamgarh (Mubarakpur, Ibrahimpur, Shahpur), and Mau (Ghosi, Madhuban).
The following are some of the most important (and, to be honest, surprising) results.

• A stunning 89 percent of individuals polled said they couldn’t or wouldn’t approach the local and state governments for a range of relief measures, including food rations, monetary help, inflated electricity bills, and sewage-related and other municipal issues, due to a trust deficit. They were unsatisfied with the response of the 11% that did.

• Weavers who labour for a living or have a small number of looms are from communities such as Muslim Ansari, Dalit, OBC, and some Muslims from higher classes. A large portion of the artisanal business is currently destitute and invisible. In order to influence not just political but also economic policy and decision-making, informed and reasoned public debate is required.
• Federal schemes are not accessible here to these people.

• The federal government’s much-publicized Pradhan Mantri Mantri Ujjwala Yojana (PMUY) (started on May 1, 2016) has not reached people on the ground. Only 10% of the women in the survey were even registered to receive Ujjwala Gas under this scheme; the rest were turned down despite several attempts to apply.

According to the respondents
• The, Prime Minister Jan Dhan Yojana (PMJDY) was similarly difficult to access. A shocking 52 percent of those polled did not have access to the account, and only 58 percent of the 48 percent did receive cash transfers more than once.
• Women are the backbone of the industry, with jobs ranging from actual weaving to ancillary tasks like spool feeding, saree embellishment, and finishing. Even in this day and age, their work is typically unpaid because it is considered part of their household tasks.
• Apart from poverty, starvation, and domestic abuse, these women and girls’ testimonials were tragic tales of malnutrition and related health conditions. Many young women were compelled to leave school.
• Over the last three decades, the overall impact of a brutal type of targeted sectarian violence and politics has had a specific impact on women, particularly Muslim women. This communal splintering of gender identity has significantly impacted conventional gender-driven solidarity, which has frequently broken through denials and divides like those that swept India during the Covid-19 outbreak.
• The role of commercial media, particularly television, in promoting a divisive discourse that, in addition to being based on no facts, was tailored to suit an anti-constitutional agenda, exacerbating the humiliation and acuteness of the sufferings of all sections of the minority, including the artisanal weaving community in eastern UP.
• Days and weeks after the spread of the virus was purposefully misinterpreted and identified with one community, a large number of responders spoke of economic boycotts at work in their neighbourhoods (with terms like Coronona-Jihad, Superspreaders of the Virus, being used).

Recommendations
• The report presents specific recommendations to the federal and state governments, suggesting that all sector stakeholders be consulted before policies are devised and budgetary allocations (which have been decreasing for the previous seven years) are approved. At the village, taluka, and state levels, there has also been a focus on state-driven incentives for professional co-operatives.
• Authorities should make sure that all initiatives and campaigns benefit every single weaver and artisan.
• Invoking the 2011 UN Principles on Business and Human Rights, the report also asks Corporations, Export Houses, and Brands that thrive on this rich and traditional art and craft to uphold standards of dignified wage and social security, as the creator is at the heart of the items produced.
• It is necessary to raise public awareness that the creators of the Banarasi saree and brocade are the proprietors of this intellectual property, which is a truth that the weavers and artisans are unaware of. (In 2009, it was registered under the Geographical Indication Handicrafts Act.) (https://search.ipindia.gov.in/GIRPublic/Application/Details/237)

Call for a National and Regional Campaign
There is an urgent need for a sustainable and concerted national and regional campaign that highlights the following:
• Ensure a sustained revival of this industry and craft so closely linked to rural-urban livelihoods and the cultural heritage of India
• Democratic engagement before policy, economic, and business practices are developed, emerge, or pushed by the government
• Social Security Schemes for various levels of craftspeople, craftsmen, and weavers, with a particular focus on women
• Reach out to Corporations and Businesses to incorporate a component of social responsibility and human rights when dealing with the creators of products
• Ensure that the elected representatives also respond to the campaign demands in this report.
• All Indians, including buyers of these products, should get involved to raise their voices and protect the survival of this vital heritage industry.