Waqf Boards: The Other Side of the Picture

Waqf Boards are often berated by people. Take the name of the Waqf Boards and you will hear complaints of inaction, mismanagement, corruption, lethargy and allegations that it has sold off waqf properties. Even people who have no knowledge about the functioning of the Waqf Boards and the Rules governing them will vilify them and will also give plenty of suggestions. While it cannot be denied that some of the criticism is indeed true, not everything that is told is correct. People who are misusing Waqf properties are often the loudest in maligning the Waqf Boards. 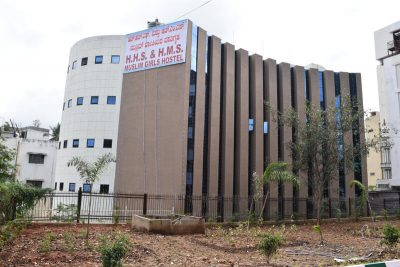 Can Waqf Properties Wipe Out The Poverty Of Muslims?
One thing which that is commonly expressed is that Waqf Boards own thousands of crores worth properties, which, if properly utilized, would mean that there wouldn’t be a single Muslim who is poor. The Sachar Committee Report (November, 2006) estimated the total area under waqf properties all over India at about 6 lakh acres and that its market value could be put at Rs.1.2 lakh crores. The Report stated that if these properties are put to efficient and marketable use, they can generate at least a minimum return of 10 per cent, which is about Rs. 12,000 crores per annum.
Although these statistics cannot be denied, the ground reality is somewhat complex. Waqf Boardsare not the owner of Awqaf properties. The Waqf institutions are the owners of the Waqf properties and they manage them. Waqf Boards merely supervise and control the Waqf institutions. The Karnataka State Board of Auqaf does not own a single property except to some extent the DarulAwqaf building in Cunningham Road, Bangalore, where its Head office is located. Even this DarulAwqaf is a registered Waqf institution, whoseMuthavalli is the CEO of the Waqf Board.

Common Perceptions About Developing Waqf Properties
It is commonly believed that Waqf Board owns thousands of crores worth of properties and that if properly utilized, the economic conditions ofthe entire Muslim community can be vastly improved. These are simplistic statements. In Karnataka, the total number of Waqf institutions is 32,113 having 54,534 immovable properties and 1801 movable properties. The immovable properties are not vacant lands or sites waiting to be developed to generate crores of rupees income as iscommonly believed. Take, for example, the Khuddus Sab Khabrastan or the Jamia Masjid in City Market of Bangalore, which are both located in the heart of the city and whose property value is extremely high. But can we sell or lease or commercially develop these properties to generate income commiserate with their property value? Similarly, the 54,534 immovable waqf properties in Karnataka comprise of and include 17,710 mosques, 5872 Dargahs, 5565 Khabrastans, 5740 Ashoorkhanas, 1666 Chillas, 1429 Idgahs, 722 Madrasas etc. (Source: WAMSI). Only a portion of a few of these properties can be commercially developed, and many such properties are already utilized for various purposes.
Similar is the case in other states in India.

Identify Properties That Can Be Utilized For Development
The task should be to identify the properties which are still available for commercial exploitation and to motivate the Muthavalli or the Managing committee to take up projects if they are commercially viable. Some properties may be vacant, but they may be located far from the developed area of the city or town and will not fetch good returns on the investment. There are also properties which are under encroachment and unauthorised occupation and are involved in litigation. From my experience, I can say that most of the litigants are Muslims, but the community goes soft on them.

How Rich Is the Waqf Board?
The public perception is that the Waqf Board is a super-rich institution having huge funds at its disposal. The fact is that the entire income from the waqf properties and from the golaks, public contributions etc., belong to the waqf institutions and not to the Waqf Board. The Waqf Board gets only 7% as waqf contribution from the income of these waqf institutions and this income is calculated with many deductions and exemptions. Out of the 7% waqf contribution received by the Waqf Board, it has to pay 1% to the Central Waqf Council and only 6% remains with it. There have been times when the Waqf Board has struggled to pay salaries to its staff. Therefore, whatever welfare activities have to be done for the community have to be undertaken by the waqf institutions if they have surplus income, over and above their expenses. Many such institutions are already giving scholarships, medical aid to the poor or are running schools or are carrying out welfare activities which are either not publicized at all or if publicized, the beneficiaries will not be aware that these are waqf institutions. Moreover, the Muthavallies and Managing committees often take the credit for any good work done and often put the blame on the State Waqf Board whenever something goes wrong or some controversy arises.

Need To Recognise the Achievements
A negativity pervades the entire gamut of waqf matters. But there is a silver lining to the dark clouds. Rather than always dwelling in the past, we must be forward-looking. Speaking about Karnataka, the development of waqf properties by Hazrath Hameed Shah and Muslim Orphanage institutions in Bangalore, Muslim Orphanages and Muslim Hostel in Mysore, Madar Shah Makanin Tumkur and the Gulbarga awqaf, to name a few, are considered as models. Major colleges run by Muslim community in Bangalore, like Al Ameen College, Abbas Khan College for Women andHasanath College for Women, are all housed on waqf lands. Many hospitals, like Shifa Hospital in Bangalore, the Haj house and many schools, colleges, hostels, polytechnics, shaadimahals and commercial complexes have been established on Waqf lands.
There is a need to shed negativity, bring in positivity and move forward aiming at fresh goals, rather than harping on a few failed, miserable cases and mistakes of the past. We need to hear about the success stories of waqf institutions from across the country to draw inspiration for undertaking similar projects.