Beating a Child to Pray Will Only Breed Violence

Islamic Voice 0 August, 2018 12:00 am
Positive Parenting
An Uncle and the Ants
My Best New Year Ever

As Muslims, our role model in treating children is the Prophet (pbuh), who was extremely kind and merciful when dealing with children. 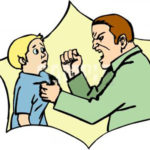 The idea of writing about this subject had been buzzing in my mind for the past two weeks. I had witnessed a father who was abusing his child near a mosque in order to force him to go to the mosque and pray. Before anyone jumps to any conclusion, even that I was snooping around people’s lives, I wish to clarify that this incident happened in front of me and in front of many other worshippers as this father, apart from vocally berating the child, was dragging his child, literally grabbing him by the arm violently to the mosque and made him stand two lines in front of me.
Apart from the berating and dragging, the humiliation of the child in front of worshippers did not stop there. The father leaned toward his son and gave him a mouthful of threats including that he would be beaten every day if he refused or dragged his feet in coming to mosque. Instead of focusing on prayer, the father repeatedly turned to the scared son to voice his anger and threats.
Emotional Scar
I do not know what type of emotional scar this incident is going to leave on this child and whether he will grow up to like mosques or he will remember this incident or many incidents like this, every time he decides to go for prayer and desists from going to a mosque to pray. An even more danger is whether “ if and when this child has children in the future “ he would teach his son to pray at mosque or even turn himself or his progenies away from praying itself.
No one is going to question the intention of the father here, as I am sure that the father would love to see his child grow up with good Islamic teachings and to love mosques, but the method and the way he’s going about instilling the idea in his child, in my opinion, is totally wrong and it will likely boomerang. The sight of the child with tears about to well from his eyes, forcing himself to pray was really heartbreaking. It was this sight that was swirling inside my mind and prompted me to write.
Punishing his Child in Public
The incident did not end here as one of the elder worshipers went to the father to give him advice on how to be kind to his child and to use diplomacy when dealing with and teaching children. The talk ended quickly as the father, who was still punishing his child in public, did not like receiving any good advice in public. It was apparent from the body language that the father was not convinced and did not like anyone interfering in the way he raised his child. Either way I prayed to God to guide this father and put some compassion in his heart.
Such incident is one of many that I have witnessed, in different places other than mosques and in different cities where various modes of coercion and abuse are used on children, but this was the most recent one. Terrorizing and beating children is a serious issue as many fathers see violence as a perfect method to control them and is viable tool in raising them. They know or are not willing to understand the consequences of their actions and what negative effects that it will have on their children in the future. They themselves always say this was the way they were brought up and they will do the same when raising their children.
They do not know or understand that they had grown up in a different time and era and methods do change from one generation to another. The very fact that they, as fathers, believe in violence and beating as a method of raising children shows that their fathers had been wrong in the first place for beating them up. Such actions are just reflex of the residual scars in them. Life was tough in the past and that may have forced some parents to be tough on their children, but that does not apply these days.

Serious Psychological Issues
Humiliating and beating a child happens everywhere, shopping places, schools and even inside homes behind closed doors. Fathers who think by doing so are guiding a child to the path of manhood; do not know that they are in reality shaping a man with a complicated personality and with serious psychological issues. Children will have no option whatsoever but to temporarily go along with their parent’s wishes to either love schools, mosques or do whatever their fathers wish. The moment they have power and can defend themselves, they will retaliate and do just the opposite of what they were or are told to do.
Violence will only breed violence and studies have shown that violence against children will develop in the child a violent behaviour toward others that is three times stronger. As Muslims, our role model in treating children is the Prophet, peace be upon him, who was extremely kind and merciful when dealing with children. It is narrated that Abu Huraira (may Allah be pleased with him) said: “We were praying ‘Isha` prayer with the Messenger of Allah “ prayer and peace of Allah be upon him “ when he prostrated, Al-Hassan and Al-Hussain would jump on his back, when he rises with his head he picks them gently from the back and places them (on the floor) kindly, so when he returns (to prostration) they return to what they do, and when he ended his prayer he would put them on his thighs.”
I will never be surprised if a child who was beaten violently to go to school or mosque or to memorize Qur’an grows up to hate all of them. A gentle hand in guiding children is a better option that would allow for better relations and understanding between the father and son but also allow for the growth of a better human being, who would carry forward this message. Allah is kind and He loves kindness in all matters.
(www.newageislam.com)