Australia
Australia was a penal colony of Great Britain. England sent 160,000 convicts to Australia between 1788 and 1868. But in case you are visiting Australia, never tell the Australians that their ancestors were convicts. 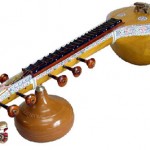 Mughal emperor Aurangazeb used to play the musical instrument Veena perfectly, although today he is projected as enemy of all fine arts. 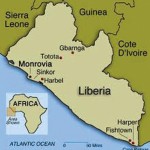 Liberia, a country in West Africa was created by the black slaves freed from the United States. There was a strong group opposing slavery in the US. They had formed American Colonization Society. They bought a huge piece of land in Africa in 1822. They would free slaves being brought by the British to the American shores and take them to Liberia and make them settle there. It became a republic in 1847.

Witches
In the medieval ages, about 50,000 women were executed as witches.

What is a Mummy? 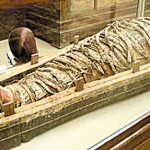 Egyptians in the age of Firauns thought that souls keep wandering around the world. For this reason, the dead body must be preserved. This they would do by embalming the body. They would take out the organs like kidneys, intestines and heart and fill the body with sawdust. They would apply certain oils on the skin to make it flexible. Finally the body would be wrapped with linen straps. These mummies would then be laid inside chambers in sarcophagus in the pyramids. The process of making mummy of a body was very costly. So only rich people’s bodies would be turned into mummies. Others would be buried under the sands of the deserts.

Simulation is used in processes where training involves great risks, for instance in training of pilots. So pilots are trained initially on a simulator plane which is on the ground, and does not fly. So there is no risk of crashing even if the trainee pilot makes a mistake.