What is the Constitution?
A Constitution is the most basic document which lays down principles followed by a country. It carries the essence of all that a country stands by and commits itself to observe and comply. Some people confuse the Constitution with a book of law. But actually a Constitution provides the framework for law-making. In making a Constitution, all people, parties and groups are involved. It is not made by a ruling party or a Government. Most countries appoint a Constituent Assembly for this purpose. The laws are then passed by the Parliament on the basis of the Constitution. Once laws are passed, the Government and the ministries lay down regulations. After this, the various departments issue Government Order (GO). All these are in accordance with the spirit of the Constitutions. This entire procedure is called the hierarchy of law.
India has the largest written Constitution with 395 Articles. The US Constitution is the shortest with only seven Articles. There are certain countries where there is no Constitution such as Saudi Arabia. Firmans from the King’s office are the law there. England has no written Constitution but the country is run on the basis of conventions and traditions which nobody violates.

Galaxies and ‘Milky Way’
A galaxy is a collection stars as well as dust and gas clouds and is a ‘star system’. All these are bound together by gravitational pull. The galaxy in which our earth is situated is called ‘Milky Way’. It has a diameter of about 120,000 light years. It has billions of stars and there are billions of such galaxies.
There are more than 30 other galaxies near the Milky way alone. The largest of them is Andromeda Galaxy. 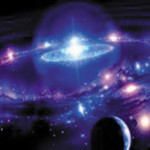 Diesel from Plants
Several plants can yield fuel that can be used to run vehicles. This is called biofuel or even bio-diesel.
Several plants and trees such as Karanja (in Hindi) or Honge (in Kannada) and Jatropha yield pods with seeds which when crushed, yield oil. This oil can be a substitute for diesel. In several countries juices rich in sugar and carbohydrates are used for making ethanol which too is used as fuel for vehicles. Sugarcane and corn (maize) are also a source for these juices.
Normally a Karanja tree can yield enough seeds to produce 10 kgs to 50 kgs of biodiesel in a season. These trees grow abundantly in India.
Since petrol is running out fast, the search for plants that can yield fuels is increasing. It is estimated that 2.6% of the fuel for road transport was provided by pants and trees in 2010.

Advertising and Propaganda
Advertising and propaganda have a few things common between them. Both use media and both are used to influence people and their attitudes. But the purpose behind them is different. Propaganda has political motives. Several dictators and super powers use it to project themselves as the benefactors of the people and their sole saviours. Advertising is used for the acceptance and sale of goods and services. Its motive is economic. Both use the media like newspapers, radio, TV, and Internet.
All dictators use the media for propaganda purpose and do not allow the media to criticize them or their rule. The media is instructed to publish their pictures and curb the publication of material about their rivals.
Advertising is done by buying space in newspapers or time on the air in radio or TV. 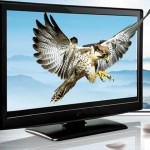 Some Facts about the Seas
v The deepest point in all the oceans is the Mariana Trench in the Pacific. It is 11 kilometre deep.
v Icebergs are broken pieces of ice from the glaciers near the two poles. Normally, only one-ninth of the iceberg stays over the surface of the water i.e., if an iceberg is 100 metre high, the part under the sea is 800 metre deep.
v Some icebergs are as big as the city of Houston, the American city in the state of Texas.
v Rivers have one gram of salt in a litre of water while the seawater carries 35 grams of salt in a litre. 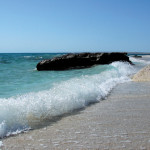