Islamic Voice 0 December, 2017 12:00 am
Tale Time – Who is more Merciful?
British Toy Store With a Difference
Story of Moosa (AS) and The River Nile

“Those who are kind and considerate to God’s creatures, God bestows His kindness and affection on them. Show kindness to the creatures on the earth so that God may be kind to you.” (Hadith of Prophet Muhammad cited in Abu Dawud and Tirmidhi). 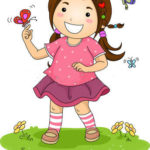 By Flip and Binkles

It was a sunny Sunday morning and Sona was busy tidying up her room. She was just five years old, and her parents had already made it a point that she must learn to do as many things for herself as she could even at that young age.
Sona knelt on the floor, broom in hand, all set to sweep under her bed when she spotted a big, black insect trapped in a sticky spider’s web.  “Eeeeeeks!” she screamed. “Mumma! There’s something really scary under my bed! Please come right away!”
Sona’s mother rushed into Sona’s bedroom and peered under her bed.  “It’s only a moth, Sona”, she said. “Don’t worry child, it won’t harm you at all.”
“But Mumma, it looks so scary! Please take it away!” Sona wailed.
“It might look scary, dear, but it’s actually a harmless little thing, a beautiful creature of God,” Sona’s mother said. “You’re a big girl now, and I want you to learn how to handle it. You’ll have to handle many more difficult things in life as you grow up, dear. I want you to gently remove the moth from the web and let it fly away.”
Saying that, Sona’s mother left the room.
Poor little Sona! She really didn’t know what to do. Sometimes her mother could be quite difficult, she thought.
“I wish you hadn’t come into my room,” Sona peeped under her bed and snapped at the moth. “I didn’t invite you here. Go away!”
But no sooner had Sona said that than she remembered her grandmother having once told her about how one must be hospitable to guests, even those who come to one’s home uninvited. “This little moth is a guest in your room, so treat her kindly,” Sona imagined her grandmother telling her.
Sona felt a twinge a guilt for having been rude to the moth. “I’m so sorry for my bad behaviour, dear,” she said to it. “Please forgive me. I know I am bad at times.”
As she spoke to the moth Sona observed that it was desperately struggling to escape from the cobweb in which it had been trapped. Sona felt very sorry for the poor thing. “Oh don’t do that baby, you might hurt yourself!” she cried. “Give me just a minute. I’ll try and do something.”
Sona was a clever little girl. Do you know what she did? She broke off a bit of straw from her broom, and, slipping under her bed, used it to clear away the strings of the web. In a short while, the moth managed to slip out.
“Wuppy!” exclaimed Sona as she saw this. “Wuppy! Wuppy! Wuppy!”
Sona was about to call out to her mother to share the good news with her when the moth spread its giant wings and landed”guess where?”right on Sona’s little shoulder!
“Ouuuuch!” Sona exclaimed. It was the first time that a moth had ever sat on her and she hadn’t still fully overcome her fear of them. But then she remembered her mother having just said to her that the moth was harmless and a beautiful creature of God.
“You mustn’t be frightened,” Sona said to herself. “The moth is your guest.”
Sona warmed up to the moth. Looking at it closely, she felt a great affection for it well up inside her. The little thing was actually very beautiful, she discovered.
“Mumma! Mumma! Mumma! See what’s sitting on me!” Sona called out as she excitedly ran out into the garden, where her mother was.
You can imagine how delighted Sona’s mother was when she saw the sight. “My! What a brave child you are! And what a beautiful creature that little moth that’s sitting on you is!” she said.
Sona was very happy with herself”because when you do something good for others, you feel very happy yourself.
“Now dear, you must go back to where you came from,” Sona whispered to the moth, gently blowing on it.
The moth moved its front legs about for a while”perhaps this was its way of saying goodbye to Sona and thanking her and wishing her well”and then it flew up and away. Sona and her mother traced it till it disappeared from their sight!