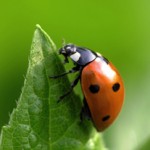 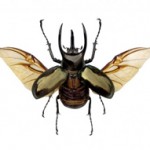 Among all animals, insects have the largest numbers. It is estimated that0ut of every ten different animal species, eight are insects. They are among the most diverse groups of animals on the planet, including more than a million described species and representing more than half of all known living organisms. Insects can walk, fly and even swim. Several of them live the early part of their lives in or under water. Some insects can even walk on water. A few insects that permanently live in water are known as crustaceans who develop a shell around themselves. They can live and survive in all kinds of environments.
Most insects live their lives alone. But some of them such as ants, bees and termites live in colonies and follow division of labour. Some insects such as bees are very useful as they make honey. Several others are useful as pollinators, carrying pollens from flowers of one plant to another plant and thereby creating seeds.
Many insects are considered pests by human beings. These are lice, bed bugs. Several other such mosquitoes and flies transmit disease. Some get into wooden furniture and walls and make them hollow. Some like locusts eat away crops.
Medicines that kill insects are called insecticides. Those who study and do research on insects are known as Entomologists.