“Well, the greatest thing about my mother was that she was very pious,” Abri began. 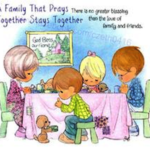 Abri and Yora were colleagues, teachers in a college. In the evenings, after the college closed, they would spend some time together chatting at a tea-shop before heading off to their homes.
One evening, Yora said to Abri, “Tell me some good things you remember about your mother.” Yora liked listening to inspiring things about other people because he thought he might be able to use them in his own life. “Considering how you’ve turned out, your mother must have been a very good person!” he said light-heartedly.
“Ha!” exclaimed Abri. “I don’t want to comment on how I’ve turned out, but my mother, I tell you, was a wonderful human being!”
“Really? Okay, then list three good qualities of hers,” Yora said. “Maybe I could write an article about your mother. At least someone might read it and benefit from it.”

Piety was her Best Quality
“Well, the greatest thing about my mother was that she was very pious,” Abri began. “She was a very prayerful person and would often tell us about God. She would say, ‘You have been sent to this world to realize God, to remember God, to do God’s will for you.’ She had made a practice in the house for all of us”she, my father and eight of us siblings”to gather in the hall before breakfast and then for us to take turns to read out from the scriptures, say a prayer and request God to bless our day. This would be repeated in the evening, before dinner. She would often say, ‘A family that prays together stays together’. From my own experience and that of all the families I know about, I know this is really true. Looking back, I think that her prayerfulness is the best thing that I remember about my mother. Her piety was her best quality.”
“Oh my! That’s really amazing!” Yora remarked. “I mean, how many people does one find like that these days? And I don’t know of many families that pray together. That’s something new for me! You’re very lucky to have had such a mother.”
“Yes, I know I am!” Abri replied.
“Another great thing about my mother was that she was generous to the poor,” Abri continued. “We had paddy fields, from which we got enough rice for the family for a year. My father was a kind man, but since we were a very large family, he was careful with how we used the things that we had. But my mother”she was one of the most openhanded persons I’ve known. If some poor people came by”and many did in those days”she would give them a generous amount of rice. She’d also help poor people with money, from her savings. Even today, when I go back to our village I meet people who tell me about her kindness to them.”
“Oh really! That’s lovely!” Yora said.
“Yes, yes!” Abri continued enthusiastically. “My mother was also a great hostess. She insisted that everyone who came to our house should eat at least something, if not a full meal. She would visit houses in the vicinity if someone was sick. People still remember that. And then”¦”
Abri stopped abruptly and fell silent for a while. Yora looked up to see what the matter was. He noticed that Abri’s eyes were wet.
After a while, Abri brushed aside his tears and continued, “She was a great woman, really. These days, many mothers find it difficult to manage just one or two children, but my mother managed eight! Can you imagine! And she did that so well! She was good and kind to us. There was much love and understanding between her and my father, too. It was, I think, only because she was devoted to God. Otherwise, I don’t think it would have at all been possible.”
“Hey Abri, you really are fortunate!” Yora remarked.

Handled Challenging Situations
“I really am!” Abri replied. “You know something? I could write an entire book about my mother actually”there are so many good things I remember about her, the things she did, the way she handled challenging situations, how she related with others.”
“Well, then, why don’t you do that book?” Yora said. “I think it would be an excellent idea!”
“You really think so?” asked Abri.
“Oh yes, definitely!” Yora insisted.
“But she was just a simple-hearted housewife, who had studied only till the second standard,” Abri said. “I mean, she wasn’t a celebrity or anything like that. Who would like to read a book about someone who wasn’t famous, even if she was a wonderful person and a great mother and wife?”
“Well, I certainly would, and I think many others might too,” Yora assured Abri. “Even if she wasn’t famous, she seems to have been a remarkable woman. I mean, managing a home so well, with so many children, and being so devout and kind and all. I’m sure many people could learn more than just a thing or two from the way your mother led her life.” And then half-jokingly, he added, “Writing the book might also be an excellent use of your spare time, which you waste away in idle gossip and useless Face booking!”
“I never thought of this before!” Abri remarked. “Writing a book about my mother is really a brilliant idea! Thanks a million for the suggestion Yora! You are really clever! Maybe I’ll start writing the first thing tomorrow!”
“No, no!” Yora insisted. “Don’t keep off good things for later. Start right away, today itself!”
“Oh yes, you are absolutely right!” Abri exclaimed, and the two friends broke out into loud laughter.