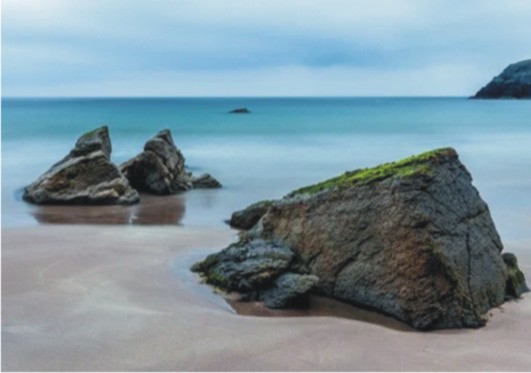 Moqheeta 0 October, 2022 12:50 pm
Photography – Related Terms فوٹوگرافی سے متعلق اصطلاحات
You Can Have a Pet, Even if You Can’t!
Little Binky’s Ant-ics!

Rocks are continually evolving which is also called the rock cycle. Nonetheless, the progressions occur at such a leisurely pace that they are hard to see.

I never thought I would be writing on this topic, but here I am predestined to write about this unadorned creation.

Two weeks ago, I happened to attend a movie premiere titled ‘Kohinoors of Deccan’. The movie was about preserving the million-year-old rocks and learning to live around them.

The film was going to be premiered early on Sunday at 10 am. I reached the theatre before time thinking I could exchange views with some like-minded people. But I was completely blown away by seeing the crowd. There were nearly a thousand or more people, the hall was spilling out of its capacity. I couldn’t believe it. I had to squeeze my way in. The young, the adults, and even people with walking sticks….all were present. It was unbelievable to see so many people coming for a movie on Rocks.

The movie was hugely applauded. This amazed me even more. The concept of saving rocks was so passionately received by all. More than 98% of people were of other faiths. We (Muslims) were just a few in number, very sparsely dotted.

This made me think, a creation of Allah and so few of us! How should the Muslims approach this subject matter? Do we not acknowledge that everything around us is an ayah from Allah? Are we not the khalifa sent on this earth? Should we not be the people safeguarding the natural resources given to us by Him?

Today, I won’t talk much about the facts about rocks, because you all have covered it in your science or social studies. You all know what igneous rocks, sedimentary rocks or metamorphic rocks are. What I want to do today is to integrate your scientific knowledge about rocks into the knowledge every Muslim should hold.

One might think, how can a rock be of any significance to Muslims? Isn’t rock such an indistinct creation lying around anywhere? Is that so? The first lesson we will take today is to consider each creation as a miracle of Allah. This lifeless creation is found everywhere. No matter where we are, we are bound to be around rocks. It is the most used creation since the beginning of time. As a tool, as a weapon, as furniture, as utensils, as building materials, ….it has been used for countless purposes and it is still being widely used.

Sadly, rocks have also been used as idols of self-imagined gods and have been worshipped by numerous generations. These people went against the prophets and spread mischief.

Allah swt draws our attention in chapter Al Hijr named The Rock verse 80, to the Dwellers of the Rock, whose fate is mentioned as a warning to those who contemplated the slaying of the Prophet.

Rocks have played an important role even for Muslims, but we never gave them the position of worship. Hajar ul Aswad is a revered stone and all of us try our utmost to go near it and kiss it. But never has it been more than a stone.

As a Muslim parent or teacher, one must make use of this humble rock to educate the children in so many different ways. This is what Taleem is. Taleem is not imparted only through books. We should use the ayaat around us to connect our children with their creator.

Create opportunities for children to learn more about the purpose of rocks, their uses of them, rocks mentioned in the Quran, and rocks used as a metaphor for the human heart.

Let them explore more about the Dome of the rock, the rock which has the footprints of Ibrahim AS, and the Black stone.

Let the children see the beauty and purpose in every creation of Allah swt. Let their research make them fall in love with their Rabb and constantly be in His praise.