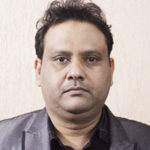 Fifteen Muslims qualified in the West Bengal Civil Services in 2015. Nearly half of them came from the coaching centre run by Commercial Tax Officer, Samim Sarkar. Sarkar, a 39-year-old officer, started his centre in College Square in 2006. According to Samim, more than 400 youth, among them a large number of Muslims have cleared the exams from his institution. Sarkar keeps the coaching fee at an extremely reasonable level. Samim told Two Circles.net: “From the beginning, we have tried to charge nominal fees targeting the poor meritorious youth from the Muslim community. However, entry is open to all.”
Sarkar grew up in a village in West Bengal’s Hooghly district, where he did his primary schooling. Both his parents, who are teachers, ensured that Sarkar was enrolled in Hooghly Mahsin College, from where he completed his B.Com honours. When he finally arrived in Kolkata, it was to complete his MBA from the Institute of Business Management and research. In 2003, he competed in the WBCS examinations. However, he was unable to qualify for the exam that year. But this did not stop him from trying again. From 2004 to 2006, he qualified continuously for three years. He began his career as a revenue officer with the Government of West Bengal in 2004, and the following year, he improved his ranking to be selected as Commercial Tax officer. He has continued in this job ever since. How did the idea of the coaching centre take shape? Samim explains, “After clearing the WBCS in 2004, I realised that if we try, no one can stop us. At that time, I made plans to start an institution which can open these avenues for even the financially challenged people.” Samim discussed his plan with his friends and relatives. Within a few days, Samim collected a few youth and started coaching them for the entrance exam in WBCS without any remuneration. Few days later, he was offered space in College Square, which was owned by an NGO. With other WBCS friends, Samim started successfully running the Institution in the weekends. For Sarkar, the achievements of his students are a testimony of his dedication to ensure that plum administrative jobs do not become the monopoly of only the rich students and instead, offers a platform for the most needy to realise their dreams.
(twocircles.net)