Islamic Voice 0 September, 2013 12:00 am
A Little Greeting That Made Such a Great Difference!
World’s greatest Languages
Wonders of God’s Earth 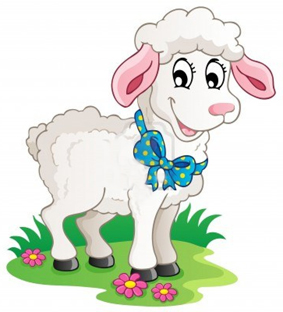 Little Tolly’s best friend was Gini, who was born on Tolly’s fourth birthday. Tolly couldn’t have asked for a better birthday present!.How she doted on the little lamb! ‘Gini’s my baby sister,’ she would say, thanking God for giving her such a cuddly ‘sibling’. The two were really quite inseparable.
In just a year, Gini grew big and tall, what with all the goodies that Tolly plied her with every day”fruits, nuts, chocolates, cereals and plenty of fresh, crunchy hay. She was the woolliest and chubbiest sheep that you ever saw. In the mornings, she would accompany Tolly to school, where she would munch on the juicy grass that grew in the children’s playground. Then, when school gave over, she and Tolly would saunter off into the village square to look at the shops and the passersby, before returning home in the evening. The two were, as you can imagine, quite the talk of the town!
When Gini turned three, she gave birth to a delightful little lamb, who looked just as Gini did when she was born. ‘Imagine! I’m an aunt, now!’ chirped Tolly excitedly as she cradled Gini’s baby in her arms.
A week later, Tolly saw a strange sight: Gini trotting about with a little cloth sack tied under her belly. ‘That’s so that Gini’s baby doesn’t drink up all her milk, otherwise we won’t have any to sell,’ Tolly’s father explained when Tolly asked him about it.
‘But God’s made the milk for Gini’s baby to drink, isn’t it? It just isn’t fair to sell it,’ said Tolly, taken aback.
‘We’ll make good money selling Gini’s milk to the cheese-maker,’ replied Tolly’s father impatiently.
Tolly was shocked at her father’s reply. How could he be so cruel to Gini’s little lamb, her very own ‘niece’? But you know how some adults are. They just won’t listen to their children because they take them to be silly and unimportant. Tolly’s father was like that. The sight of tears rolling down his little girls’ cheeks failed to melt his stony heart.
Some days later, Tolly overheard her father talking to her mother. ‘A fat amount of money that fat Gini is going to fetch us from Bin, the butcher, tomorrow!’ he exclaimed. ‘A good ten thousand rupees, I bet!’ said Tolly’s mother excitedly.
You can’t imagine how shocked poor Tolly was at hearing of her parent’s plot!
That night, the little girl thought of a clever plan. She bought five large pots of stickiest available gum, and poured its contents along the doorstep, at the entrance of her house. She carefully covered it with a thin layer of mud so that it wouldn’t be noticed.
Early next morning, Bin, the butcher, made his way to Tolly’s house, mighty pleased with himself, for Gini was the fattest sheep in the entire village. ‘I’ll make a neat profit of twenty thousand rupees from her,’ he calculated. But just as he was about to reach the door of the house, Bin stepped into the gum that Tolly had cleverly laid out for him. His feet sank deep into the sticky fluid till it reached his ankles. He tried as hard as he could but he just couldn’t manage to pull his feet out.
You should have seen how angry Bin was! How he cursed and spat! It was really a scary sight!
When Tolly’s father peered out of the window to see what the noise was all about, Bin hollered out at him, ‘Wait till I get you, you rotten man! You’ve gotten my feet stuck in here so that the entire village can enjoy the spectacle of seeing me in a fix! I won’t ever forget this, for sure! You’ll have to pay for this, do you hear?’
After much time and with great difficulty, Bin was able to free his feet. He ran back to his home as fast as he could, cursing Tollys’ father all along.
Tolly’s father was, naturally, very upset with Bin for his rude behavior and refused to have anything to do with him again. That’s how the deal he had struck with Bin to sell Tolly to him fell through.
And as for Tolly, you won’t believe how pleased she was with herself that her clever plan to save her best friend had worked!