Why is Timbuktu famous? 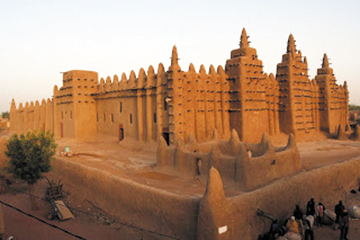 Timbuktu was the most famous centre of civilization in the middle of the last millennium i.e., around 1500. Salt, gold, pepper, weapons, livestock, ivory and even slaves were traded from Timbuktu. It is located on the southern edge of Sahara desert in the state of Mali 12 miles from river Niger. The town had several seminaries of Islam learning attracting students from far and wide. Its uniquely shaped Sankore Mosque, a mud structure, is a unique building and is a protected cultural monument declared by the UNESCO. After 16th century it went into decline and began to connote a distant or outlandish place.