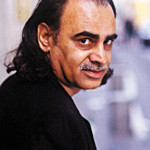 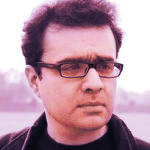 Ziauddin Sardar’s book “Mecca” and Ali U Qasmi’s book “Ahmedis and the Politics of Religious Exclusion in Pakistan” were adjudged the first prize winners in the Karachi Literary Festival for this year. Kamila Shamsie received the prize on behalf of Sardar. The second prize went to Moonis Ahmer, the Chairman of International Relations Department at the Karachi University, for his book “Conflict Management and the vision of secularism in Pakistan”. The third prize went to Lahore-based Raza Rumi for his work “Delhi by Heart” a travelogue which describes the cultural similarity and the common cultural heritage of India and Pakistan. Fehmida Riaz received the prize on behalf of Rumi as the latter is also away to the UK. Ameena Saiyid, the managing director of Oxford University Press, said such initiatives will go a long way to generate profound contemplation of the apathy towards senseless killings, mayhem and bitterness gripping Pakistani society today. The prizes were announced on February 7.