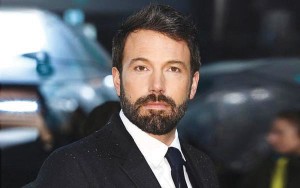 Sydney: Ben Affleck, a Hollywood star and director, won praise on social media after an angry debate with anti-Islam TV host Bill Maher and author Sam Harris, attacking the negative, “incomplete” image they were painting for world Muslims.
“Hold on! Are you the person who officially understands the codified doctrine of Islam?” Affleck interrupted Harris who was attacking Islam. The star was a guest on the TV show” Real Time With Bill Maher” to promote his new film, when the panel discussed current affairs. He became incensed when the host Bill Maher and author Sam Harris began talking about radical Islamists. “We have been sold this meme of Islamophobia, where criticism of the religion gets conflated with bigotry towards Muslims as people,” Harris began. “It’s intellectually ridiculous.” Affleck then told them their talk was “gross and racist.
Harris continued to argue that Islam was currently the “motherlode of bad ideas,” and Maher agreed, which led Affleck to counter, “It’s just an ugly thing to say”, before launching into a tirade.
“How about the more than a billion people who are not fanatical, who don’t punish women, who just want to go to school, have some sandwiches, pray five times a day and don’t do any of the things that ‘all Muslims do’? You’re stereotyping. You’re taking a few bad things and you’re painting the whole religion with that same brush,” Affleck said. The heated debate went on when Harris, who has been criticized repeatedly for spreading negative views on Islam, claimed that millions of Muslims were fundamentalists. “Because it’s the only religion that acts like the mafia that will kill you if you say the wrong thing, draw the wrong picture or write the wrong book,” Maher added.
Affleck, who was visibly angered by the discussion, added: “We’ve killed more Muslims than they’ve killed us, by an awful lot… yet we’re exempted from these things because they’re not really a reflection of what we believe in… I’m specifically telling you that I disagree with what you think.”
The actor won praise on social media for accusing both men of religious stereotyping while discussing Islam with them on Maher’s HBO talk show, and also prompted analysis from journalists.