Islamic Voice 0 February, 2016 12:00 am
Mo Salah Calls for Change in Treatment of Women in Muslim world
Together For Egypt
Muslim World League condemns abuse on Jewish students in Australia 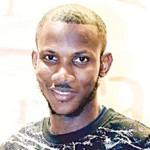 Lassana Bathily was an undocumented migrant from Mali until he became a hero by saving shoppers’ lives during the terrorist attack on a Jewish supermarket in Paris a year ago.
Bathily, a shelf-stacker in the supermarket, helped save
shoppers from terrorist Amedy Coulibaly. The narrative of a Muslim saving Jews from a terrorist made him a positive symbol of France’s diversity. Several days after the violence, Bathily was granted French citizenship by the president himself, something he says had been a dream since his childhood, in a small village on the Mali-Senegal border.