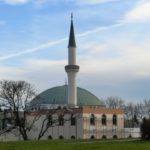 Vienna: Austria has planned to shut down seven mosques and expel dozens of imams. The country’s coalition government termed the move as a push against radical Islam and foreign funding of religious groups under the premise of legislation introduced in 2015 banning the foreign funding of religious groups.
According to Chancellor Sebastian Kurz, authorities would shut a “hardline, Turkish nationalist mosque” in Vienna and also dissolve a group called the Arab Religious Community. He is quoted as saying “Political Islam’s parallel societies and radicalising tendencies have no place in our country.”
Kurz came to power last year after his People’s Party formed a coalition with the anti-migrant Freedom Party. Of the nine million people living in Austria, 600,000 are Muslims.