A square in Eilendorf district of the western German city of Aachen has been renamed to become Moscheeplatz or mosque square. to highlight the importance of tolerance and unity, Daily Sabah reported.
“I am very happy as the mayor because there is a Mosque Square in our city,” said Aachen Mayor Marcel Philipp of the Christian Democratic Union (CDU) Party.
The square is home to the Aachen Yunus Emre Mosque, which operates under the Turkish-Islamic Union for Religious Affairs (DITIB).
The event celebrating the new name of the 2100-square-meter center was attended by Turkey’s Consul General in Cologne Ceyhun Erciyes who said that by taking this decision, the local authorities showed that the mosque is a beautiful reflection of harmony, integration, tolerance, unity and solidarity.
“We must raise our voices together against those who are fed by fear and hatred, and we must demonstrate our friendship and solidarity as it is here today,” Erciyes said.
Owing to labor migration in the 1960s and several waves of political refugees since the 1970s, Islam has become a visible religion in Germany.
According to a national census conducted in 2011, 1.9% of Germany’s population, around 1.5m people, declared themselves as Muslim.
An estimate made in 2015 calculated that there are 4.4 to 4.7 million Muslims in Germany; 5.4″5.7% of the population. Of these, 1.9 million are German citizens (2.4%). According to the German statistical office, 9.1% of all newborns in Germany had Muslim parents in 2005. 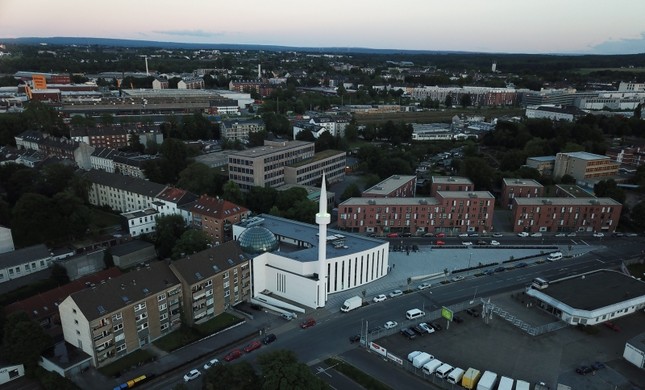