World Economy would gain $5.8 trillion if gender gap is closed by mere 25%; Arab states and
South Asian countries fare poorly in matters of women’s participation in work; If globally the gender parity has to be achieved 742 million will have to be added to the workforce 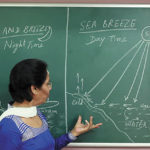 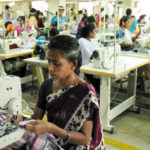 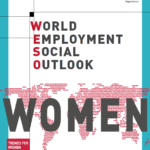 Equal participation in work for males and female is an important factor in economic prosperity of any society. It is why most nations are trying to close the gender gap in work participation. Gender gap is considered one of the most pressing labour market challenges facing the global community by the International Labour Organisation (ILO). A new report titled World Employment and Social Outlook (WESO): Women Employment in 2017 brings to light the situation of women in the labour market. Here are the highlights:
Globally, the labour force participation rate for women “ at 49.4% “ is 26.7 percentage points lower than the rate for men in 2017 and likely to remain unchanged in 2018. This means that 76.1 men were working out of each 100, while only 49.4 of the 100 women were working.
The report says the gap is very wide. If we could close the gap in participation rate by a mere 25%, we could add $5.8 trillion to the world economy. This would also result in improving government revenues by $1.5 trillion.
The widest gender gap in labour force participation “ at 55.2 percentage points “ continues to persist in the Arab States. This means that of the each 100 Arab men, 76 are working but of the each 100 Arab women, only 21 are working. Northern Africa (from Egypt till Morocco) has one of the widest gender gaps in labour force participation rates, at 51.2 percentage points (a little ahead of the Arab States).
Next in line are the South Asian countries (Indo-Pak subcontinent) where against 79.8% working males, only 28.6% females were working.
While women are less likely to participate in the labour force, when they do participate, they are more likely than their male counterparts to be unemployed. Globally, the unemployment rate for women stands at 6.2% in 2017, representing a gap of 0.7 percentage points from the male unemployment rate of 5.5%. This is projected to remain relatively unchanged going into 2018 and through 2021.
In Northern Africa, women who participate in the labour force face the second highest unemployment rate globally, at 20%, more than twice the rate for men

Women in the Arab States experience the highest rate of unemployment across all regions, at 21.2% in 2017. This is more than twice the rate for their male counterparts, at 8.3%, resulting in the largest regional unemployment gender gap, at 12.9 percentage points.
In Southern Asia (India, Pakistan, B.Desh etc), unemployment rates are relatively low, below the world average, at 5.0% for women and 3.8% for men in 2017, resulting in a gap of 1.2 percentage points.
More Concentration
At the global level, women workers have a larger concentration in sectors such as education, health and social work, followed by wholesale and retail trade. In contrast, the sectors of construction and transport, storage and communication, defence and public administration tend to have the highest relative concentration of male workers.
While women are more likely to work in certain occupations and sectors, they are also less likely to be in wage and salaried employment than their male counterparts and are more likely to be in vulnerable forms of employment.
Globally, the share of wage and salaried employment in total employment has increased from 48.4% in 1997 to 54.8% in 2017. Over this period, the share for women increased by 8.9  percentage points, from 46.5 to 55.4%, while for men the share increased by 6 percentage points, from 48.4 to 54.4%.
Salaried Employment
The share of women in wage and salaried employment tends to increase with a country’s level of economic development. In developing countries, for example, only 13.6% of women enjoy wage and salaried employment, compared with 24.3% of men. At the other end of the spectrum, the share of women in wage and salaried employment in developed countries is 89.1%, compared with 83.7% of men. The difference is marginal for emerging countries (around 51% for both).

Wage Gaps Persist
As outlined in the ILO Global Wage Report 2016/17, gender wage gaps vary widely by country, but they tend to persist virtually everywhere. Estimates from the report reveal that gender gaps in hourly wage rates can reach 40% in some countries. That is, female hourly earnings can be as little as 60% of male hourly earnings. Part of this is explained by occupational and sectoral segregation between men and women. The preferences and choices of women and men in the labour market are shaped by prevailing societal norms, which confine women and men to certain occupations. In consequence, women are often concentrated in lower-paid occupations and sectors, further driving the gap in wages.

Motherhood Constrains
Moreover, women also face the motherhood wage penalty when they re-enter employment after having a child. This penalty is driven by one or a combination of the following: lower wages arising from working shorter hours, forgone job experience, the exchange of higher-wage jobs for more flexible but lower-wage jobs, and discrimination by employers.
If a complete gender parity is desired in the work participation globally, 742 million women will have to be added to the labour force. But the G-20 has set an attainable goal, i.e., to reduce the gap in participation by 25% by 2025.