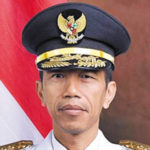 Jakarta: Indonesia’s President, Joko Widodo has signed a plan to make Indonesia the world’s centre for Islamic studies. The government plans to build a new university called Universitas Islam Internasional Indonesia (‘International Islamic University of Indonesia’), the President said. Through the study centre, people from around the world could learn about ‘moderate Islam’ as exemplified by Indonesia. He said, “The time has now come for Indonesia to become a source for the Muslim world’s thinking. As much as 75 percent of the university’s students will be foreigners, said Minister of Religious Affairs, Lukman Hakim Syaifuddin. The Indonesian government will pay their tuition fees. Minister Lukman said that by financing their studies at UIII, the government can expect the foreigners to act as ‘ambassadors’ for Indonesia. They will tell people in their respective countries about the values of Islam that are upheld and practised in Indonesia. Indonesia is currently home to 250 million people, of whom 87 percent are Muslims.