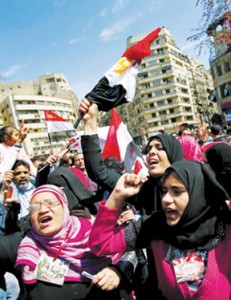 New York: Conservative Muslim and Roman Catholic countries and liberal Western nations approved a UN blueprint to combat violence against women and girls, ignoring strong objections from Egypt’s Muslim Brotherhood that it clashed with Islamic principles and sought to destroy the family. After weeks of tough and often contentious negotiations, 131 countries joined consensus on a 17-page document that Michelle Bachelet, the head of the UN women’s agency, called historic because it sets global standards for action to prevent and end “one of the gravest violations of human rights in the world, the violence that is committed against women and girls.” “People worldwide expected action, and we didn’t fail them,” she said to loud applause. The Brotherhood, which has emerged as the most powerful political faction in Egypt since the 2011 uprising, lashed out at the anticipated document for advocating sexual freedom for women and the right to abortion “under the guise of sexual and reproductive rights.” It called the title, on eliminating and preventing all forms of violence against women and girls, “deceitful.”