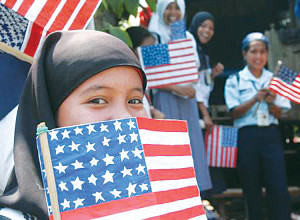 A recent Pew Study revealed that Muslims in America fare better than Muslims in Europe. The results of the study illustrate American Islam as diverse, integrated, well-educated and economically successful. Additionally, American Muslims are more tolerant of other sects within Islam. Their experience and situation in America is in stark contrast to the experiences of Muslims in Europe like the Turks in Germany and North African immigrants in France. As a community, they overwhelmingly reject terrorism and identify first as Americans and then as Muslims.