By Nader Aboul Foutouh
Just a few months ago, the Muslim community in New Zealand was just another minority in a society that didn’t know much about Islam. New Zealanders perceived their Muslims just through outward appearances, especially the stereotypical bearded men and veiled women. Things changed after the attacks on Al Noor Mosque and the Linwood Islamic Centre in Christchurch in which 51 people died. That event led imams in New Zealand to have direct dialogue with government officials, to whom they relayed grievances of New Zealand Muslims, and explore ways to promote religious tolerance. Those efforts are bearing fruit.
New Zealand Prime Minister Jacinda Ardern on July 6 pledged to have the “Document on Human Fraternity,” signed by Pope Francis on behalf of the Vatican and Grand Imam Ahmed al-Tayeb on behalf of al-Azhar, placed in schools, universities and other educational institutions so New Zealand’s new generations grow up bearing a message of peace and goodwill.
Since the March 15 attack on Al Noor Mosque, the Muslim community in New Zealand has made impressive gains, including receiving government authorisation to open Islamic schools, the use of loudspeakers for prayer calls and the broadcast of Friday prayers on state television.
Gamal Fouda, imam of the Al Noor Mosque, who witnessed the March attack, said in an interview that the positive reactions have had an effect on the status of Muslim communities in New Zealand and elsewhere.
New Zealand media have become increasingly supportive of Muslims.
Fouda said Arab and Islamic solidarity has helped the Muslim community. The United Arab Emirates, in particular, has played a prominent role in covering the cost of establishing a centre for tolerance and interfaith dialogue. The Forum for the Promotion of Peace in Muslim Societies, hosted by Abu Dhabi, has undertaken initiatives and facilitated visits to New Zealand to establish a culture of interfaith coexistence and humanity.
Fouda said the attacks revealed that neither New Zealanders at large nor the 70,000-person Muslim community in the country were knowledgeable about Islam. Even young New Zealand Muslims who spoke with the foreign press about the incident have shown only a shallow knowledge and insufficient understanding of their faith.
The imam said renovation of the Al Noor Mosque had been completed and its library stocked with a large number of Islamic books and publications in various languages and focusing on religious tolerance and respect for freedom of faith from an Islamic perspective. It is important, he pointed out, to choose imams fluent in local dialects because their task is not only to address Muslims but also to engage dialogue with non-Muslims. The imams need to strengthen their knowledge of jurisprudence and other faith matters as well as adopt modern religious discourse and be able to address controversial issues related to Islamic heritage.
Fouda said Westerners who attack Islam do not know much about it and, even if they want to know more about it, they would not be able to find suitable references. It is, therefore, imperative to engage a long-term effort to translate Islamic references and make them available in Islamic centres, he said, adding that it is important to promote academic studies that address false claims about Islam. Fouda called for international laws to criminalise radical discourse through social media and to counter calls for violence of any kind or purpose.
About 150 New Zealand nationals, including a leading police figure, have converted to Islam since the attacks. About 150,000 people have visited Al Noor Mosque since the shootings. 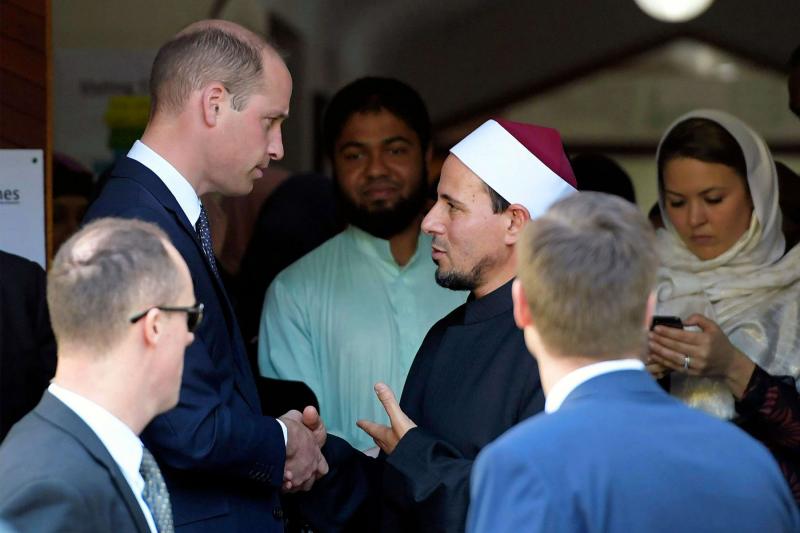