No Act of Terror can serve Islam:” U.S Muslim Organisations 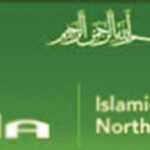 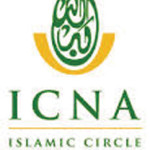 Washington: Muslim organi-sations in the United States have rejected efforts by the Taliban and other extremist groups to hide behind Islam to justify their violent agenda.
“No act of terror will ever serve the cause of Islam,” says the All Dulles Area Muslim Society (ADAMS), a leading Muslim group. In separate messages, all major Muslim groups in the United States have also rejected the Taliban claim that last month’s brutal attack on a school in Peshawar was jihad.
“The souls of the depraved people who carried out this attack are beyond redemption, and obviously already lost to the evil darkness that inspired their action,” ADAMS said.
“There can be no justification, religious or otherwise, for the killing of innocent schoolchildren and school staff,” said the Islamic Society of North America, (ISNA) the largest Muslim organisation in the United States and Canada.
“Our deepest condolences and prayers go out to the victims and their families of this senseless attack,” said ISNA president Azhar Azeez.
The Islamic Circle of North America, the second largest Muslim group in the region, described the Peshawar school attack as “senseless and brutal and noted that the Tehreek-i-Taliban was “quick to claim responsibility for the horrifyingly inhumane act.”