“Roads of Arabia” Exhibition in Beijing 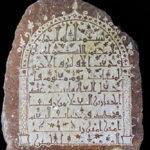 Beijing: The “Roads of Arabia” exhibition opened at the National Museum in the Chinese capital Beijing, last fortnight. The exhibition, which is showing for the first time in an Asian country, is sponsored by Saudi Aramco, which also sponsored previous fairs held in Europe and America. The Saudi Commission for Tourism and National Heritage (SCTNH) and the National Museum in Beijing showcased 466 rare archeological pieces in the gallery. The exhibition introduces the history and civilization of the Arabian Peninsula to the rest of the world, as well as enhances the cultural connection between the different nations of the world. The pieces present Saudi Arabia’s cultural heritage and civilization starting with the Stone Age, the pre-Islamic era, and early, medieval and late civilizations of Arab monarchies. It also passes through the Islamic and Medieval Islamic period as well as the establishment of the Saudi state, in 1744, until the era of King Abdulaziz, the founder of modern Saudi Arabia.