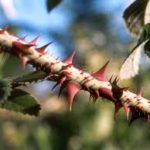 “Whatever befalls a Muslim of physical weakness or complaint or worry or distress or harm or even a thorn in his finger, is used by Allah to erase some of his sins.”
(related by Al-Bukhari, Muslim and others)

The companions of Prophet Muhammad (Pbuh) were able to develop a keep insight into Islam, its constitution and method of dealing with human life. The best among them were even able to attain a highly refined understanding of the basic Islamic concepts which made their judgement both accurate and mature. Let us consider the following Hadith which has been related by Ahmed and Al-Bukhari in Al-Adab Al Mufrad: “A man came to visit Abu Obaidah ibn Al-Jarrah when he was ill. He asked him: “How is the reward of the Ameer getting on? He said: Do you know what earns you a reward? The man said: What befalls us of things which we dislike. Abu Obaidah said: You earn a reward for what you spend or get to be spent on your behalf for Allah’s cause. (He then enumerated all articles of a horse’s equipment, even including the horse’s rein.) What you complain of physically, is credited to you by Allah in order to erase some of your past sins.”

Early Companions of the Prophet
Perhaps it is important first to say a few words about Abu Obaidah who has made this distinction between what earns a reward and what erases past mistakes and sins. Abu Obaidah was one of the very early companions of the Prophet. His leadership qualities were manifest to the extent that Abu Bakr appointed him as one of the principal commanders of Muslim armies fighting in Syria and Palestine. At the time of Umar, he was appointed commander-in-chief of all Muslim armies fighting in Syria and Palestine. The Prophet gave him the title of “The trusted man of the Muslim nation.” Moreover, he was one of the ten of the Prophet’s companions who were given the happy news of assured admission into heaven.
Abu Obaidah, however, felt that he should correct his visitor. He pointed out to him that a handsome reward is earned by donating one’s money to further the cause of Allah. He enumerated every article of equipment for a horseman, no matter how cheap it might be. This example is only to be expected from an army commander. To him, the most important thing is to concentrate his soldiers’ attention on their duty of sacrifice. Physical complaints, pain and illness erase some of one’s past sins. Someone may suggest that it will eventually come to the same thing, since one’s reward is weighed up against one’s sins to determine his destiny in the hereafter. The fewer his sins are, the higher his position is in heaven. Again, the greater his reward, the better his position.

Illness and Calamities
The two will be weighed against each other and the side which is preponderant determines the outcome. Nevertheless, the distinction is real. When we examine the Prophet’s Hadith on this point, we find that illness or calamities which one may have to endure in life is a way by which sins are cleansed away. Abu Saeed Al-Khudri and Abu Hurairah, both companions of the Prophet, quote him as saying: “Whatever befalls a Muslim of physical weakness or complaint or worry or distress or harm or even a thorn in his finger, is used by Allah to erase some of his sins.” (related by Al-Bukhari, Muslim and others). Here the Prophet enumerates all prospects of misfortune, going down to having a thorn in one’s finger. All these would be used to forgive him some of his past sins. When he endures whatever happens to him with patience and perseverance, his reward is much greater. This is because he combines the misfortune with patience, which is in itself a virtue.

As Part of Life
This is indeed an aspect of Allah’s grace which many people tend to overlook. We are told by the Prophet that when illness and misfortune continue for some length of time, the person who endures them may come on the day of judgement without a sin to account for. He would have been already forgiven. This is illustrated in the Hadith in which Abu Hurairah quotes the Prophet as saying: “Misfortune may continue to befall a believer in his body, family or property until whatsoever.” (Related by Al-Bukhari in Al-Abad Al Mufrad, Ahmad and Al-Tirmithi).
When we consider all these Hadiths, we are no longer surprised at the patience and fortitude shown by early Muslims in the face of calamities. They treated whatever befell them as part of life and were happy to earn forgiveness of their past sins. This continues to be the attitude of those of us who know what we stand to gain in return for enduring misfortune with patience. Again the companions of the Prophet provide us with a good example to follow.
Huthaifah ibn Al-Yaman was a companion of the Prophet from the Ansar. He was appointed as a commander of a Muslim army fighting against the Persian Empire. He was badly hurt so his companions came to visit him just before dawn. He asked them: What hour is it? They said: Late night or near dawn. He said: I seek shelter with Allah against a morning of fire. He then asked them whether they brought a cloth for him to be wrapped in. When they answered in the affirmative, he said: Do not spend too much on such a cloth if I am to meet a happy end, my wrappings will be replaced by something better. If mine is the other type of destiny, I will lose these wrappings very quickly.” (Related by Al-Bukhari in AL-Adab Al-Mufrad).
What we learn from this Hadith is that we should face up to any misfortune with courage and patience.