Islamic Voice 0 August, 2013 12:00 am
How We Can Live in Harmony
Gaining Wisdom From Other Religions
Some Inspiring Hadiths of Prophet Muhammad (pbuh) 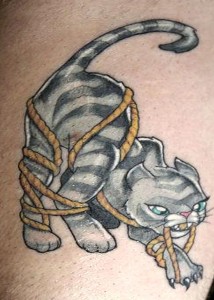 Abu Huraira reported: The Prophet, peace and blessings be upon him, said, “Verily, a prostitute saw a dog lolling around a well on a hot day and hanging his tongue from thirst, so she drew some water for it in her shoe and Allah forgave her.”
Narrated ‘Abdullah bin ‘Umar: Allah’s Apostle said, “A lady was punished because of a cat which she had imprisoned till it died. She entered the (Hell) Fire because of it, for she neither gave it food nor water as she had imprisoned it, nor set it free to eat from the vermin of the earth.”