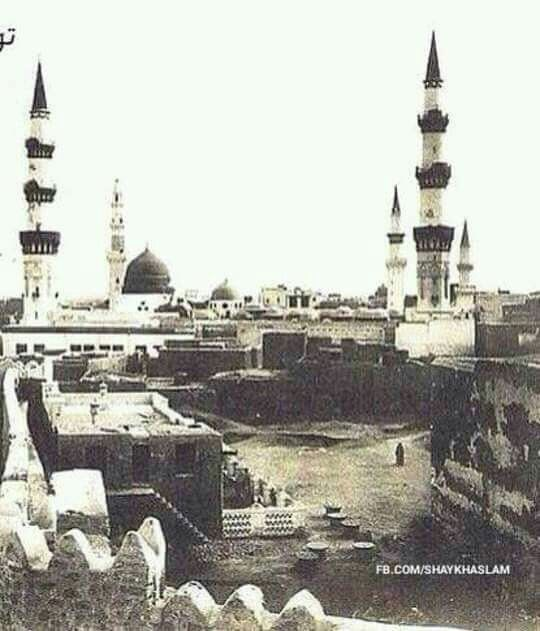 Madinah – A Cohesive Society Built By The Prophet

Ghulam Rasool Dehlvi 0 May, 2021 2:32 pm
Let’s Be Humble, We Come From Him
Humility and its Virtues
Keeping People’s Faults a Secret

“Act together in your daily efforts and then share the fruits of your labour among yourselves.”

Madinah Munawwara- the holiest city after Makkah al-Mukarrama in Islam-is the abode of the Prophet Muhammad (Pbuh- peace be upon him). Highly venerated by Muslims, it earns greater attention especially during the sacred days of Ramadan.
The city of Madinah is revered by Muslims across the world because the holy Prophet’s mosque-Masjid al-Nabawi-is located in it. It is the second holiest site in Islam after the Ka’abah. Another sacredsite, Masjid-e-Quba, the first mosque in Islamic history, is also situated in Madinah. Notably, the first seminary of Islamic mysticism, Dar ul-Suffa, is also located in Madinah, attached with the Masjid ul-Nabi. The mystically inclined companions of the Prophet began to engage in the formal spiritual learning in Dar ul-Suffa. In Madinah, Muslims from across the world visit and venerate the shrine of the Prophet Muhammad (Pbuh) to seek his blessings and find spiritual solace.
The Prophet was born in Makkah but he chose to migrate to Madinah after he faced religious persecution at the hands of the Makkan pagans. Madinah has great significance and sanctity in cultural Islamic heritage. After the completion of the manasik-e-haj (rituals of Haj), it is highly recommended to perform ziyarat (visitation) of the magnificent Islamic heritage in Madinah, most notably the shrine of the holy Prophet, the mosque of the Prophet (Al-Masjid an-Nabawi) and Jannat ul-Baqee – the graveyard of the Prophet’s companions and many other spiritual masters.
The story of the construction of Al-Masjid an-Nabawi is truly moving. As the Prophet (Pbuh) and his companions were migrants from Makkah, they were called “muhajirin”. And the local inhabitants of Madinah who welcomed the muhajirin and greatly helped them were known as ansar (the helpers). The ansar belonged to the two main tribes of Madinah, the Banu Khazraj and the Banu Aus, who had an age-old rivalry. But the Prophet established brotherhood (muwakhat) and mutual sympathy (muwasat) between the two adversary tribes. These were the prophetic ideals which ushered in an era of spiritual bond between the two different tribes in Madinah- both helping each other, in every way possible.
The Ansar of Madinah assisted the Muhajirin by hosting them in their homes and providing for their financial and materials necessities. Remarkably, both the Ansar and Muhajirin took active part in the construction of Al-Masjid an-Nabawi in particular and the entire city of Madinah. This bond of brotherhood among the two different tribes was inspired by the Prophet’s spiritual training and instructions like: “Act together in your daily efforts and then share the fruits of your labour among yourselves.”
While the Ansar and Muhajirin were labouring hard in the construction of the Al-Masjid an-Nabawi, the Prophet (Pbuh) invoked Allah: “O Allah! Help the Ansar and the Muhajirin in strengthening a strong relationship between them.” The Prophet built the brotherly ties not only between the Ansar and Muhajirin but also among the different religious tribes of Madinah. Consequently, the Ansar and Muhajirin were strengthened by a third group – the Jews of Madinah. The Prophet thus built a cohesive society in Madinah where Muslims and Jews peacefully coexisted and shared their joys and grief. They professed and practised different faiths and there was such an amicable relationship between Muslims and Jews that if anyone harmed a Jew, the first aid came from the Muslims – both Ansar and Muhajirin. This is how a harmonious, affectionate and cohesive society was built in the city of the Prophet – Madinah.

The writer is an alim and a doctoral scholar with Centre for Media, Culture & Governance, Jamia Millia Islamia, New Delhi