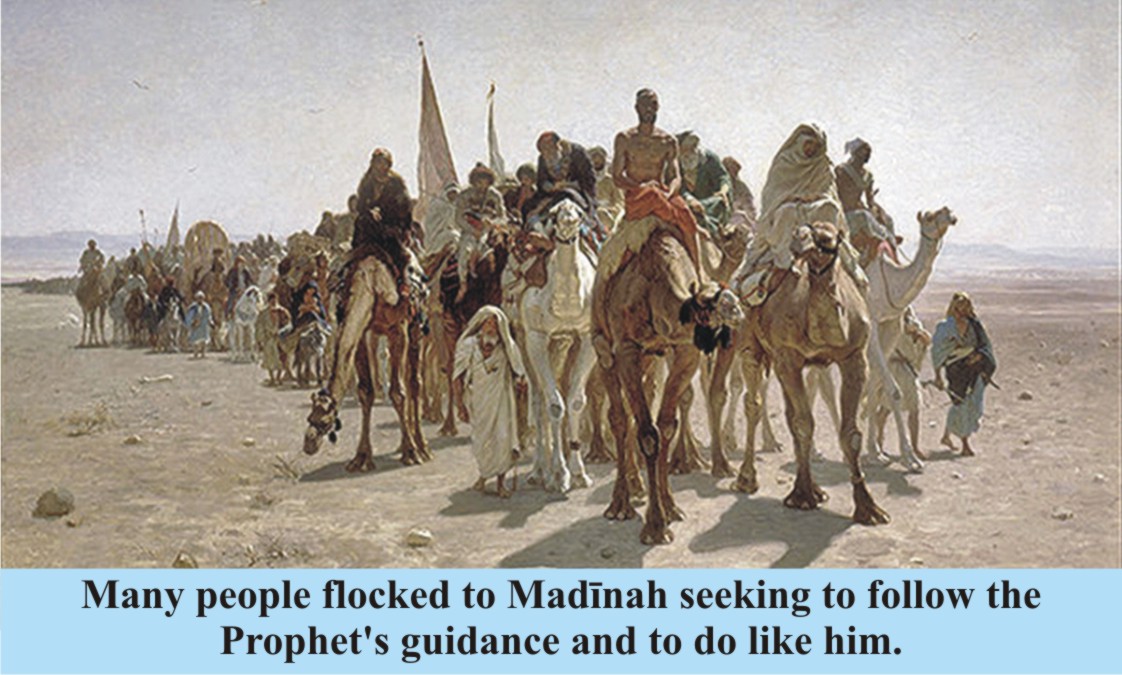 All Muslims know that following the example of the Prophet in matters of religion is required as a duty. To follow him in other aspects is always good and fruitful, except where he expressly stated that what he did was specific to him. As far as offering the pilgrimage is concerned, we have no option but to follow his guidance. As he started his pilgrimage, he said: “Learn from me your rituals.” This is an all-embracing Hadīth that makes clear that the way the Prophet made his pilgrimage is the proper way we should all follow. We have a very detailed Hadīth narrated by Jābir ibn Abdullāh telling us about everything the Prophet did on his pilgrimage, and, where necessary, adding comments to provide a full picture that helps us in offering this great act of worship. Jābir reports:

Several reasons led to the delay of the Prophet’s offering of the pilgrimage. In the first few years of his stay in Madīnah, he could not have traveled to Makkah, while the Quraysh, its inhabitants, were raising one army after another to fight him. When Makkah fell to Islām towards the end of Year 8, the Prophet chose not to offer the pilgrimage the following year because he did not wish to see the abominable practices of the unbelievers which they introduced into the pilgrimage, such as being naked when doing the Tawaf. In Year 9, Abu Bakr was the leader of the pilgrimage and a ban was declared prohibiting idolaters from coming to Makkah for pilgrimage and banning the practice of doing the Tawaf naked. With that done, the pilgrimage could be offered in the proper Islamic way, and this is what the Prophet did. With him were no less than one hundred thousand people, all eager to offer this great act of worship.

“We went out with him until we arrived at Dhul-Hulaifah where Asma’ bint Umays gave birth to Muhammad ibn Abu Bakr. The Prophet offered his prayers at the mosque there and mounted his she-camel, Al-Qaswa’. When his she-camel was well into the desert, I looked up and saw all around me people walking or riding animals, accompanying him. I could not see the end of them in any direction: Front or rear, right or left. The Prophet was with us receiving Qur’anic revelations, the interpretation of which we knew very well. Whatever he did, we did likewise. He raised his voice with phrases stressing God’s oneness: Labbayk Allahumma Labbayk. Labbayk Laa sharīka laka labbayk. Inna al-hamda wal-ni’mata laka wal-mulk. Laa sharīka lak. People raised their voices with whatever praises they wished to repeat, and the Prophet did not take exception to any of that. He, however, maintained his own form of Talbiyah.”