There is evidence from several trials carried out in Africa that circumcised men have a lower risk of acquiring HIV. 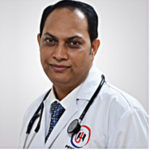 Circumcision is a well known sunnah of Prophet Ibrahim. According to Prophetic Traditions, “Five things are fitra (acts considered to be of a refined person) : circumcision, shaving pubic hair, trimming the moustache, paring one’s nails and plucking the hair from one’s armpits” (reported in Sahih al-Bukhari and Sahih Muslim).
Circumcision is basically a minor surgical procedure to remove the prepuce or foreskin, which is a retractable fold of skin covering the end of the penis. Apart from religious reasons for the procedure, it is also done for medical reasons such as:
Phimosis: where the foreskin is too tight which can cause pain and, in rare cases, passing urine may be difficult.
Paraphimosis: where the foreskin cannot be returned to its original position after being pulled back.
Recurrent Balanitis: where the region of the foreskin and adjoining region becomes inflamed and infected.
There is evidence from several trials carried out in Africa that circumcised men have a lower risk of acquiring HIV and other sexually transmitted diseases. They also have a lower risk of developing cancer of the penis.
The procedure is performed by various methods. The use of Plastibell device is one of the most preferred methods the world over and has gained popularity particularly in the Western, Gulf and African countries.

About the Procedure:
In this method, a ring like plastic device is applied over the foreskin and secured by a ligature (thread). Ring stays on till the wound heals. Then it detaches and comes off on its own, after the wound heals.

Salient features of Plastibell Circumcision:
No dressing required
No stitching / suturing
Very little bleeding
Relatively painless
No need for any special care and can start to use nappies the next day
No need for admission into hospital after the procedure and can go home after the procedure.
Neat scar, just like a thin line
No restriction on food / No change in diet of child and mother
No restriction in activity of the child, no need for bed rest or holding of legs etc.
Done under local anaesthesia (General Anaesthesia is also available if preferred by parents but not advisable as not necessary)
No need for frequent visits to the hospital for follow-up
(Dr Syed Hidayathulla MBBS, MRCGP (UK), is a Consultant Family Physician and Cosmetologist at Primecare Hospital, Frazer Town, Bangalore. He is also trained in Plastibell technique for Circumcision).