Muslims invariably feel enthused by rising numbers. In the current context, it is quality, rather than quantity that matters most and lends weight to any community. I for one, do not view the rising numbers of Muslims in Europe from a positive angle. 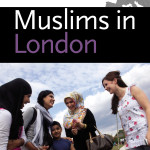 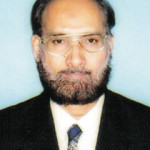 If wars are planned, peace too requires planning. And investment too. In a complex world like ours, peace cannot and should not be taken for granted. As multi-culturism invades Europe, every single nation is engaged in some kind of study of Muslims and Islam. Last fortnight Prof. Jorg Friedrichs who teaches Politics at the Department of International Development of Oxford University was visiting Bangalore. He was on a mission to study Hindu-Muslim relations in India. There were about half a dozen Indian cities on his itinerary. I met him over the breakfast in a hotel.
Most European nations have come to realize that they are destined to be multicultural whether they like it or not. Given the rapid rise in number of Muslims, most democracies of Western Europe estimate that Muslims would constitute somewhere around 15% of their population by the middle of the century. Currently, they make up around 5% in Britain and Belgium; 4% each in Germany, Spain, Switzerland, Italy and Greece; 6 to 7% in France and the Scandinavian countries, and three to four per cent across Eastern Europe. Hence, it has become imperative for them to look at how societies such as India have traditionally managed inter-community relations; what could be the potentially contentious issues; how could the conflicts be resolved; and where exactly the fault lines exist as of now.
Contrary to general trend, Muslims invariably feel enthused by rising numbers. In the current context, it is quality, rather than quantity that matters most and lends weight to any community. But there is a general indifference towards enhancing quality in the community. I for one, do not view the rising numbers of Muslims in Europe from a positive angle. What however pleases me is the methodical way the Europeans are studying the chemistry of the anticipated ethnic mix, potential cultural challenges that stare into their eyes and devising ways to integrate, assimilate and absorb the new communities from their erstwhile colonies. The objective is to build tolerant and cohesive societies. We hardly ever care to realize that it is something worth pondering. No lessons were learnt from explosive mix of ethnicities in Karachi and Beirut. Indeed, no study was ever attempted.
Prof. Jorg and the Oxford are not the first to launch such a study. Umpteen think tanks across Europe are working on Islam, sects within it, their languages, conservatism packaged as modern ideologies and peddled through new media, paralysis and stagnation of thought within Islam, and miseries that afflict the ummah. The Open Society Foundation in the United Kingdom published the Muslims in London in 2012 as part of its ‘At Home in Europe’ project. Muslim communities in 11 other cities of the EU nations where they formed significant part of the population, were also studied and reports published. These tried to find if diversity undermined social cohesion; what kind of prejudices existed against Muslims (were they considered British by the native population?); what is the trust quotient between Muslims and other communities; how discrimination is perceived at either side of the divide; and, Are the primary education and health facilities equally accessible to Muslims? etc. etc.
The report Muslims in London while highlighting concern at deficiency in mainstreaming of Muslims, figures out the challenges faced on the social cohesion front.
Not merely the issues of integration, the Western democracies go to lengths in etching to relief the wrinkles that need to be ironed out if communities were to live in peace. Report on the Practice of Forced Marriage in Canada: Interviews with Frontline Workers, an exploratory research conducted in Montreal and Toronto in 2008, is yet another exercise in this direction. Prepared by Naima Bendriss, it looks for reasons and challenges of coercing young people into marriage, planned marriage vs. forced marriage, manner of taking consent for marriage etc.
Not alone these reports, there are permanent websites monitoring the integration of Muslims in Europe (and by extension in the entire West). They view issues extremely objectively and betray concern with regard to reports of discrimination, bias and prejudice. I am yet to see any such exercise being undertaken by countries in the Gulf or elsewhere in the lands inhabited and ruled by Muslims. Far from integration, the ‘Petromonarchies’ do all that they can to alienate the expats, make their lives harder, deny the basic human rights, hardly ever lend an ear to complaints about repressive labour practices, put in place all kinds of obstacles in family union and keep tabs against any kind of cultural manifestations. 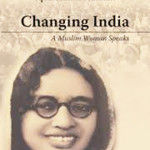 February 17, 2020
From Dosa to Filter Coffee, Your Provision Lies With God! By Nigar Recently, I was fortunate to meet a spiritual coach, ... More
Prev Post Nepal - A Shock Greater than the Earthquake
Next Post American Photographer Holds Exhibition on Rohingya Muslims

Programme on Christian-Muslim Relations in Delhi