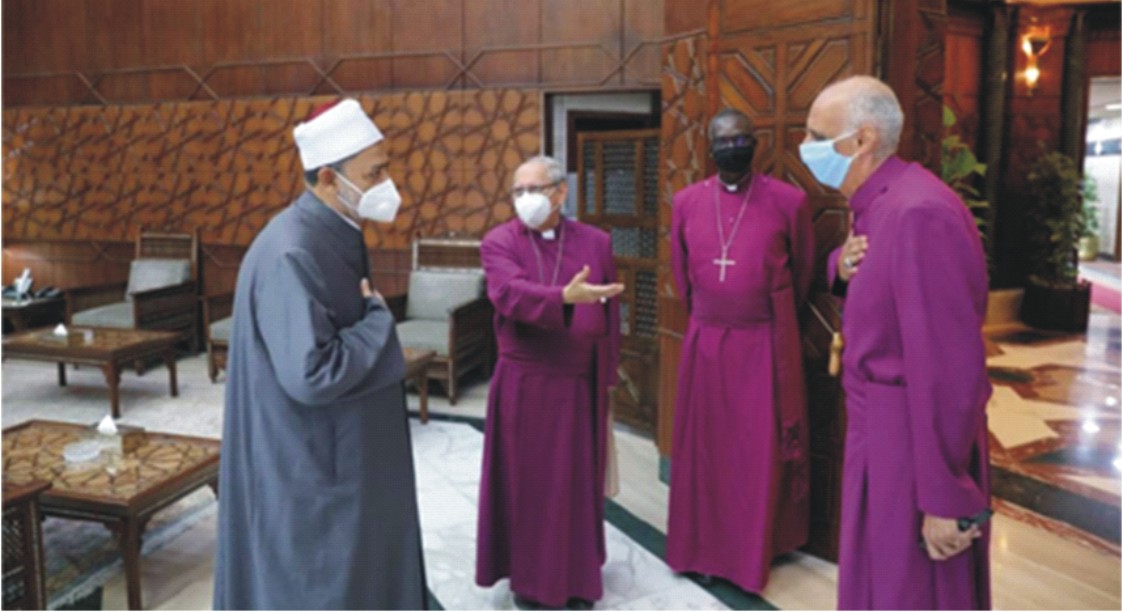 Al-Azhar Grand Imam Ahmed El-Tayyeb has said that religious scholars play an important and influential role in initiating tolerance and coexistence among people. He addressed a meeting with a delegation led by Secretary-General of the Anglican Consultative Council Josiah Idowu-Fearon, Bishop Mounir Hanna of the Episcopal Church in Egypt, North Africa, and the Horn of Africa, and the new Archbishop of Alexandria, Samy Fawzy. The delegation hailed El-Tayyeb’s international efforts in dialogue and human fraternity among followers of different religions. It also praised the religious discourse of Al-Azhar that is based on accepting difference and diversity.