Christians and Muslims condemn the abuses of religion that wrongly seek to justify violence, revenge and destruction of life. 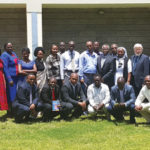 “No to violent extremism, yes to peace and joint action. No to legitimization of terrorism by misinterpreting religious texts and yes to counter-narratives emphasizing the correct teachings of each faith.” This plea is an outcome of the “Interfaith Consultation on Violent Extremism” organized by Globethics.net East Africa in Nairobi (Kenya) in early March. Over 36 scholars and experts with Christian and Muslim background from academic and religious institutions in Kenya explored ways and means to overcome violent extremism. The consultation suggested several measures, such as the following: