They were leaders of violent rival militias in Nigeria. Now Imam Muhammad Ashafa and Pastor James Wuye are working together to spread messages of peace and reconciliation. In the 1990s the two led opposing armed religious militias in the city of Kaduna, northern Nigeria.
Dr Wuye said their home city had a “population delicately balanced” with Muslims from the 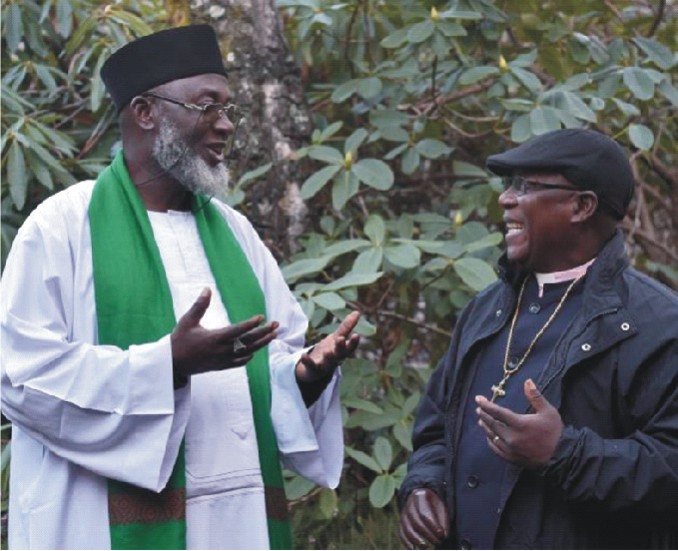 north and Christians from the south. In the late 1970s, there were waves of ‘evangelisation’ and ‘Islamisation’, driven by university students. “They grew religious fundamentalists and zealots.” As a Pentecostal Christian, he hated his Muslim counterparts in the city and involved himself in fierce battles with them.
In one fight over the relocation of a market, Dr Wuye’s hand was severed by a machete.
Similar battles took the lives of Dr Ashafa’s spiritual mentor and two close relatives. In 1995, the two were forced together by a journalist. After some years of distrust they began touring the country and spreading interfaith peace across the country. They are now co-directors of the Muslim-Christian Interfaith Mediation Centre in their city, which leads task forces to resolve conflicts across Nigeria.
Dr Wuye said part of the problem was scriptures were open to manipulation and misinterpretation. “If it’s handled by good drivers, religion is the best thing to bring about peace in the world.”
Dr Ashafa said religion had been hijacked to justify “violence, destruction and division in the name of God”.
However, people such as Martin Luther King Jr, Malcolm X and Mahatma Gandhi showed faith could be used to create positive change in the world.
(Extracted from odt.co.nz)