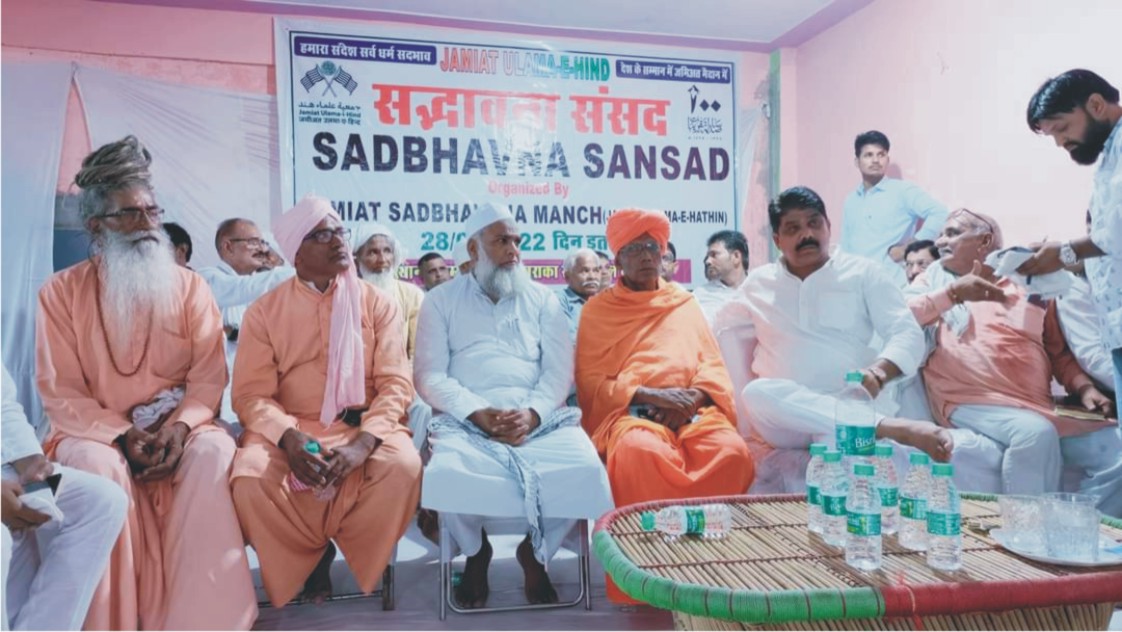 The objective behind this campaign was to spread the message of national unity and peace which is under threat from the Hindutva communal forces. The participants raised slogans such as “Manovta Ka Raj Hoga”, and “Pura Bharat SaathHoga”. ,nafrathataodeshBachao, nafratke pujari Bharatchodo, hinsawadideshkeDushmanhaen, na teer se natalwar se deshchallengepeyaar se’. These slogans were also displayed at the meeting places.

JUH president(M) Maulana Mahmood Madani, said that,
“India is our homeland, and we love it with all of our hearts. Its greatest strength is its unity in diversity, and numerous civilizations and religious groups have lived here for millennia. Even the tyrannical British government was unable to abolish this distinction.

Without taking the name of RSS, he said these days certain forces want to erase the diversity of this country. But no matter how powerful they are, they cannot defeat our centuries-old unity. The purpose of holding sansads is to thwart the design of communal forces.

In his message, Jagadguru Vijayendra Saraswati through his representative said that people of all religions in India are like the five fingers of a hand and will remain so in the future too. He said that unity, sankalpand prayers are three such mantras that are for the sons of this great land. And undoubtedly Muslims are also the sons of India. Addressing the meeting, JUH, General Secretary Maulana Hakeemuddin Qasmi said that this event was not of any particular group, but a joint gathering of all those people who love the country.