“Those Muslims who adopt a traditionalist mindset of Islam’s superiority would not be capable of true dialogue””¦. Adis Duderija.

Adis Duderija was born in Bosnia in 1977. He is currently lecturing at the University of Malaya, Malaysia. He received his Ph.D. in 2010 from the University of Western Australia in contemporary Islamic hermeneutics. He has written extensively on issues related to Islam and Muslims.  He also maintains a blog: adisduderija.blogspot.com
In this interview with Darwish, he talks about issues related to Islam, Muslims and interfaith dialogue. 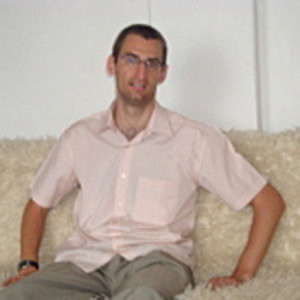 Q: What, in your view, should be the basis of interfaith dialogue?
A: The basis for interfaith dialogue should be the acknowledgement of every human being’s humanity and basic dignity, regardless of their religious or any other background. When two people are engaged in a dialogue, they embark on a search for common meaning though a process of a mutual inquiry, and in the spirit of coopertion they suspend any preconceived assumptions of the other prior to entering it. Through dialogue, its participants become consciously ‘vulnerable’, seeking deeper understanding of the other (and thereby the self) with the aim of generating empathy and increased sensitivity for humanity and the inherent dignity and difference of the other. It is a process of bringing the hearts (and not necessarily the minds) of those engaged in dialogue together.
Willingness to exercise introspection and self-criticism are also essential ingredients of those engaging in dialogue. For dialogue to be meaningful, its participants must establish mutual trust and approach dialogue with integrity and honesty.

Q: What does Islam say about interfaith dialogue? Can you please elaborate with the help of references to the Quran and Hadith?
A: This is a complex question. The Islamic tradition, like any other religious tradition, is open to many interpretations on many issues, including that of interfaith dialogue. It is the respective interpretational models governing these textual sources as well as interpretations of Muslim history that will determine the outcome of the interpretation. If interpreted holistically and with due consideration to the historical context in which the revelation was reveled and which it in many ways mirrored, the normative sources of Islam”the Qur’an and Sunna”in my view present us with many opportunities for a fruitful and constructive interfaith dialogue.
To understand how Muslims have approached (and still approach) interreligious dialogue, in addition examining scriptural sources more needs to be said about the context in which Islam first appeared.  The context of the emergence of Prophet
Muhammad’s message in seventh century Arabia as evident in the Qur’an was such that it took place alongside other already well-established religious communities, most important of which were, apart from Arabian pre-Qur’anic beliefs, Judaism, Hanifiyyah (Arabian monotheism based on the faith of Abraham) and Christianity.
It is important to note in this context that the very fabric and nature of the Qur’an clearly depicts many of the events and the nature of the relationship between the Muslim community and the non-Muslim Other, during the revelatory period. Here it is essential to point out that the Qur’anic attitude (and, therefore, the Prophet Muhammad’s praxis) towards the religious Other was highly contextual in nature and therefore context-dependent, if not ambivalent. The aspects of religious identity, continuity and commonality with other faiths, especially Judaism and Christianity (adherents of which the Qur’an refers to as Ahl-e Kitab, i.e. People of Scripture), are intertwined with those of the emergence and emphasis on the Muslim identity, originality and distinctiveness.  In addition to this, in the Qur’an there are verses (e.g. 22:17;5:69;2:62) which place some of the Ahl-e Kitab adherents in very favourable light, while  in some  verses, other  members of the Ahl-e Kitab are strongly  criticized for some of their beliefs and unjust practices, such as the belief in the Divine nature of Jesus (which Muslims understood as a form of shirk or polytheism),  the distortion of the (meaning) of the previous  texts of revelation (known as tahrif), or killing of previous Messengers of God . The reports about Prophet Muhammad’s attitude regarding the religious other as given in the Hadith literature reflect this Qur’anic contextuality and possibly ambivalence via-a-vis the religious other. The Qur’an is, however, unequivocal on the importance and beauty of dialogue with just and upright religious others, as evident in the following verses:
Say, ‘People of the Book, let us arrive at a statement that is common to us all: we worship God alone, we ascribe no partner to Him, and none of us takes others beside God as lords.’ If they turn away, say, ‘Witness our devotion to Him.'(3:64)
[Prophet], call [people] to the way of your Lord with wisdom and good teaching. Argue with them in the most courteous way, for your Lord knows best who has strayed from His way and who is rightly guided. (16:125)
[Believers], argue only in the best way with the People of the Book, except with those of them who act unjustly. Say, ‘We believe in what was revealed to us and in what was revealed to you; our God and your God are one [and the same]; we are devoted to Him.’ (29:46)

Q: Some people may claim that because many Muslims think of other religions as false or corrupted, Muslims see little point in dialogue.
What do you have to say?
A: I think that the kind of mentality and arguments you described do predominate among significant portions of Muslim community, especially among traditional religious leaders and their proponents. Indeed, for those who do adopt such a view, it is incommensurate with the nature of dialogue in its proper meaning as described above. For them, this ‘dialogue’ would amount to nothing more than a chance to ‘proselytise’.

Q: What do you think should be meant when we talk about the need to respect other religions? Does it mean respecting these religions (their beliefs, practices etc), or respecting the right of their adherents to follow them?
A: For the purposes of governance and law, it is the latter, as long as they are based on a principle of a shared universal that does not undermine a person’s dignity and autonomy. As far as former is concerned,  this can be achieved only at the level of the individual’s consciousness through education, because we cannot force someone to ‘respect’ another religion unless that person sees something inherently good and righteous in it  that is common to all religions.

Q: Why is it that relatively few interfaith dialogues have been initiated by Muslims?
A: I am not sure that what you stated is entirely correct. Take for example the “Common Word” initiative taken by Muslim scholars and academics in the light of the famous Regensburg lecture given by the former Pope. There are many other similar initiatives. However, there is some truth in your question. Those Muslims who adopt a traditionalist mindset of Islam’s superiority ipso facto would not be capable of true dialogue.

Q: There are hardly any genuine intra-Muslim dialogue efforts”dialogue between different Muslim ‘sects’. Intra Muslim, inter-sectarian polemics not only continue unabated (with each Muslim sect claiming to be the true, saved [najiyya] one), but they have sharply escalated in recent times in many places and in several countries have now assumed fiercely violent forms.
If the different Muslim sects cannot peacefully dialogue among themselves and see polemics and violence as the way to deal with their differences, can we seriously expect Muslims to be sincerely enthusiastic about dialoguing with people of other faiths?
A: This is a very important point. I attempted to establish on two occasions, some years ago, an academic journal on intra-Muslim dialogue. It never took off. In some places like Lebanon I think there has been some progress with regard to intra-Muslim dialogue, and perhaps the larger Muslim community can learn from it. However, as you suggested, the dynamics at play between intra-Muslim dialogue and interfaith dialogue are not too different.

Q: Can you please reflect on your experiences of interfaith dialogue. What do you feel about the efficacy of such encounters?
A: I have been involved in interfaith dialogue for about 5 years. It is not easy to evaluate the efficacy of these initiatives unless one adopts a scientific empirical approach. But based on my anecdotal evidence, simply bringing people of different faiths and backgrounds face to face on a regular basis who otherwise might not have ever met is itself powerful enough to warrant  the  continued existence interfaith dialogue. My experience of such dialogue has definitely helped me in better recognizing our human condition , our profound interconnectedness , the inherent dignity of each human being , the many  commonalities  different religions/spiritualities share, and have shattered some preconceived notions I had in my mind.
(Adis Duderija can be contacted on [email protected])