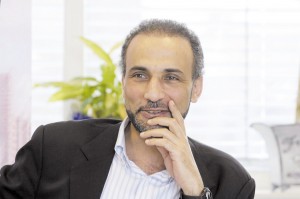 Paris:Tariq Ramadan is a scholar who teaches at Oxford University and a former member of a working group on extremism set up by Tony Blair. Time magazine once described him as the “leading thinker” among Europe’s second and third-generation Muslim immigrants. Yet two French ministers have suddenly announced that they will not attend a conference in Florence on the future of the European Union because of the presence of the scholar, Tariq Ramadan. He is due to be a panelist at the conference, entitled, “The State of the Union”, speaking about “migration, identity and integration”. The French Interior Minister Manuel Valls and Najat Vallaud-Belkacem, the Women’s Rights Minister who is also a government spokeswoman, informed organisers that they were pulling out, saying they had “not been informed” of Professor Ramadan’s attendance.