Investigation over Islamism in UK Schools 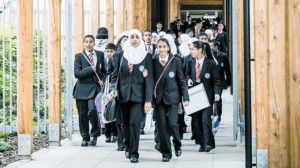 London: Head teachers and governors of up to seven schools in Birmingham in Britain could lose their jobs following an investigation into claims that Islamic fundamentalists attempted a takeover of secular schools, The Sunday Times reported. Three of the schools have already failed inspections by Ofsted, the body which sets and ensures standards of teaching in schools and college, and four more are said to be at risk of failing. Schools that fail typically have their leadership replaced, meaning Tahir Alam, the prominent chairman of governors at Park View, is at risk of losing his job. Alam has repeatedly been at the center of the school scandal that has rocked some Birmingham schools. He has described reports of the alleged takeover plot by Islamists as a “witch-hunt.” While the Washwood Heath School received a passing mark on its Ofsted inspection in 2012, the school’s past is not without blemishes, the most worrying of which is the fact that Al-Qaeda affiliate Rashid Rauf, studied there. Washwood Heath is among a total of 18 schools now under investigation by Ofsted over claims that conservative Islamic practices are being imposed in classrooms. The latest document said some parts of the syllabus were ignored for being “un-Islamic” and that extremist preachers had been allowed to speak to pupils. Reports by Ofsted on four other schools, Saltley, Ladypool, Oldknow and Adderley, are due next month.