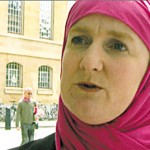 London: Joining hands to help poor and needy, a London Jewish group announced plans to host Islam awareness week to showcase some of the social action projects taking place across the country. “It seemed appropriate to use JW3 as a venue to launch Islam Awareness Week this year,” Julie Siddiqui, executive director of Islamic Society of Britain, told Jewish News on February 19. JW3 is a Jewish arts, culture and community centre with a kosher restaurant in London. “The Jewish community have done a brilliant job at putting faith into real action with projects that really help others who need it.”
Culminating on years of positive cooperation between the two faiths, this year’s Islam Awareness week will revisit the most important achievements in offering help to the community. Siddiqui added that the event themed ”Charity begins at home” will showcase some of the social action projects taking place across the country. “This year’s Islam Awareness Week will be showcasing some brilliant examples of Muslim-led social action working with people of all backgrounds,” she said.
“Whether that be food banks and feeding the homeless or working with women suffering violence and abuse and lots more. “I think there is a lot more positive collaboration waiting to happen between Muslims and Jews in the UK, our faiths and interests are so very similar in so many ways. I hope that by using JW3 and working with organizations like Mitzvah Day, we can develop the relationships necessary to make that a reality,” she added. Britain is home to a sizable Muslim minority of nearly 2.7 million. There are nearly 267,000 Jews in the country.
(www.onislam.net)